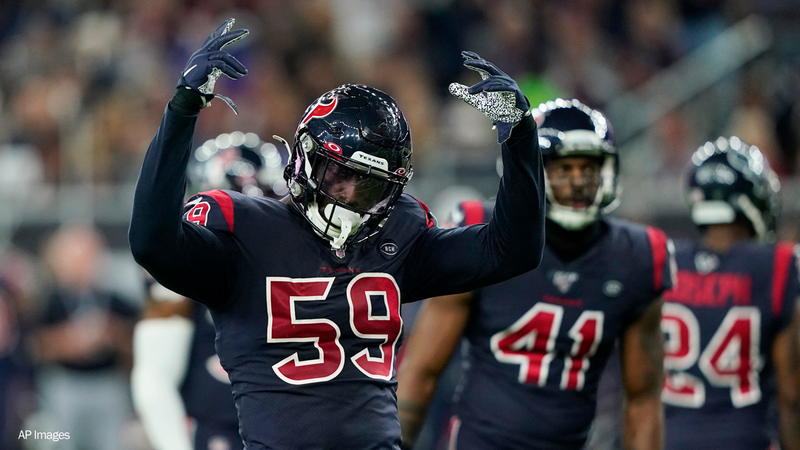 The Houston Texans won against the New England Patriots, 28-22.

A thirteen yard pass from Deshaun Watson to Darren Fells put the Texans ahead by two touchdowns. The score was part of an 88 yard drive for Houston.

A fourteen yard touchdown from Duke Johnson put the Houston Texans on top late in the first quarter against New England. It was the second score of the game following the Patriots' field goal earlier.

That goal came after a scoring attempt was stopped by the Texans defense.

The Texans haven't won against the Patriots in nearly a decade.

They were able to slow down 42-year-old Tom Brady.
Brady has thrown only fifteen touchdowns in the last eleven games for New England. Those are pedestrian numbers compared to the typical Pats team performance.

Head Coach Bill O'Brien knew what his team had to do to win.

But there was plenty of attention paid to the team before the game, simply because of their outfits and who was on the sideline.

The Texans linebackers walked into NRG Stadium, their home turf, dressed as a SWAT team.

It's a far cry from how the defense walked into Gillette Stadium in Foxborough, Massachusetts in 2012 wearing matching letterman jackets ahead of that match-up versus the Patriots.

Seven years ago, they lost 42-14, but thankfully for the Texans Sunday night, it was a different outcome.

How Texans linebackers showed up to face the Patriots: 😎

On the sideline, some Houston Rockets' stars and a former NFL quarterback showed up to catch the game.

P.J. Tucker and Russell Westbrook shared hugs with Watson after posing for a photo. Michael Vick was also spotted talking to Tucker and Westbrook.

J.J. Watt was not in Sunday night's lineup, but he made an appearance on the sidelines to visit with fans.

He also shared a smooch with Sully, the former service dog of the late President George H.W. Bush.

Watt went on the injured reserve list in week 8 and was expected to be out for the season.