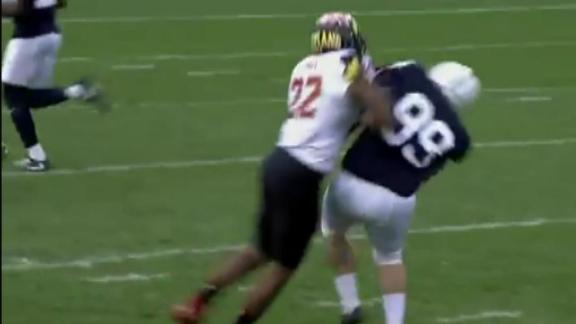 Davis was ejected for unsportsmanlike conduct after he hit Julius following a third-quarter kickoff in Penn State's 38-14 win. Durkin said after the game that he would have benched Davis had he not been ejected.

It was the second week in a row that a player had been ejected for hitting the 258-pound Julius late, as Minnesota's Jaylen Waters suffered the same fate for a similar late hit on the kicker.

Julius gained a reputation for being a hard hitter himself on kickoff returns. He leveled Kent State returner Kavious Price in Week 1, and Michigan's Jabrill Peppers avoided blocking Julius on a return last month. 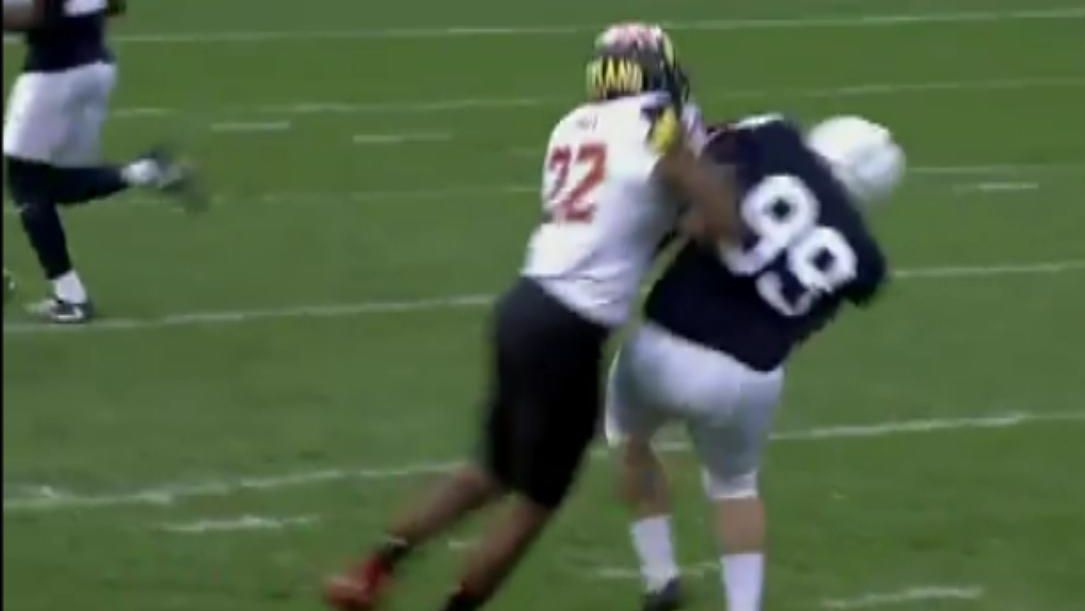