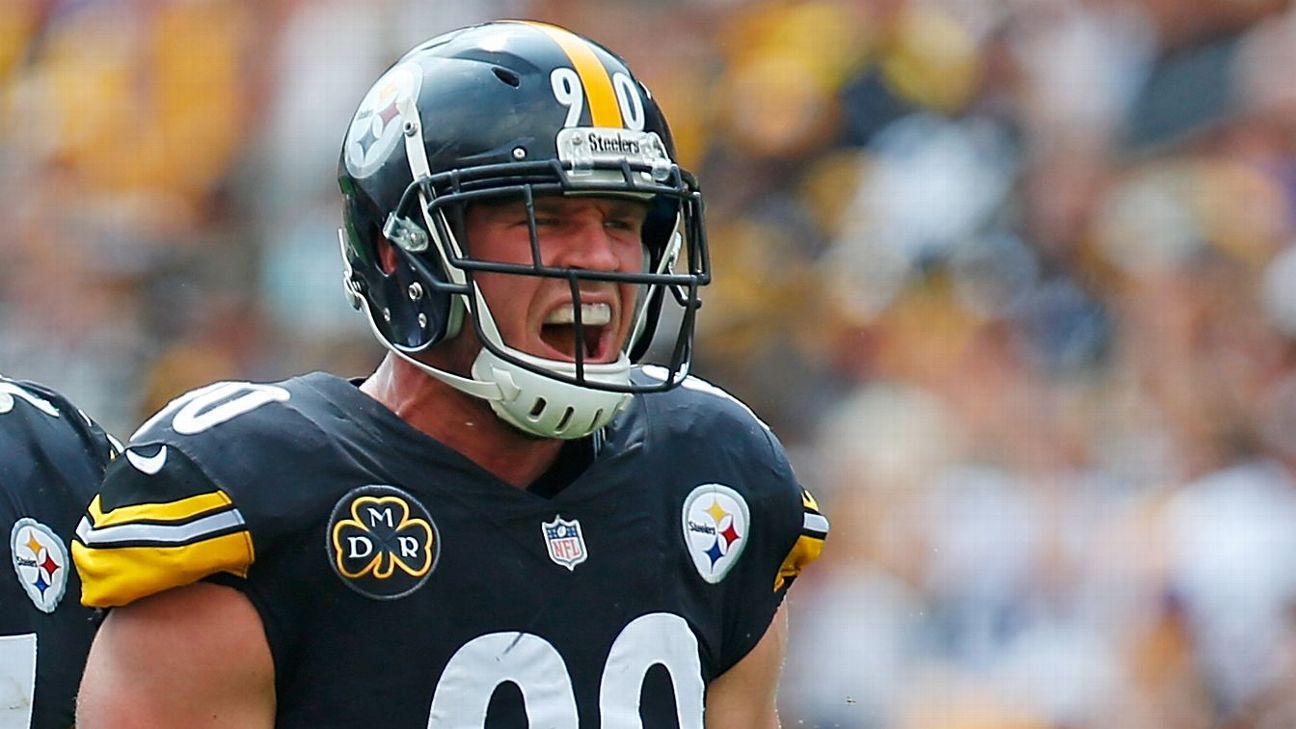 The league fined Watt -- the league's co-leader in sacks -- for "forcibly hitting in the knee area or below" in the Steelers' 41-17 win over the Falcons on Sunday.

Watt said he would appeal the fine. He was called for roughing the passer on the play, which came in the second quarter. He said after the game that he was surprised by the call.

"I understand the rules. I'm not a dirty player," Watt said. "I tried to pull off him at the end. Whether the ref saw it or not, I understand why they call it. It was a low hit. But I tried to pull my arms off. ... It puts us in a bind because I don't know what else I can do."

Houston Texans defensive end J.J. Watt, who is tied with his brother atop the league standings with six sacks, tweeted that he couldn't believe the league issued a fine for the hit.

T.J. Watt sacked Ryan three times in the game, including a strip-sack that resulted in a touchdown.

Steelers coach Mike Tomlin was critical of the officiating in the game, saying, "Man, these penalties are costing people games and jobs. We gotta get 'em correct. And so I'm pissed about it, to be quite honest with you. But that's all I'm gonna say on it."