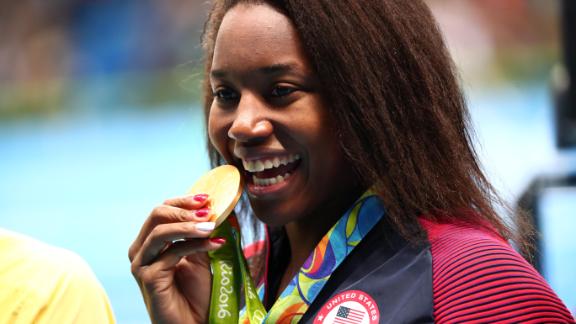 Manuel and Oleksiak both touched the wall in 52.70 seconds, breaking the Olympic record by one-hundredth of a second.Sweden's Sarah Sjostrom took the bronze in 52.99.

"I'm just so blessed to have a gold medal," Manuel, 20, told NBC after the race. "This medal is not just for me. It's for a whole bunch of people who came before me and have been an inspiration to me. ... It's for all the people after me who believe they can't do it and I just want to be an inspiration to others that you can do it."

Manuel rallied for the tie after being third at the halfway mark. She was in shock when she took off her goggles and saw she tied for the win. She then broke down in tears as she hung over the lane divider.