Rockets owner vows 'our time is going to come' 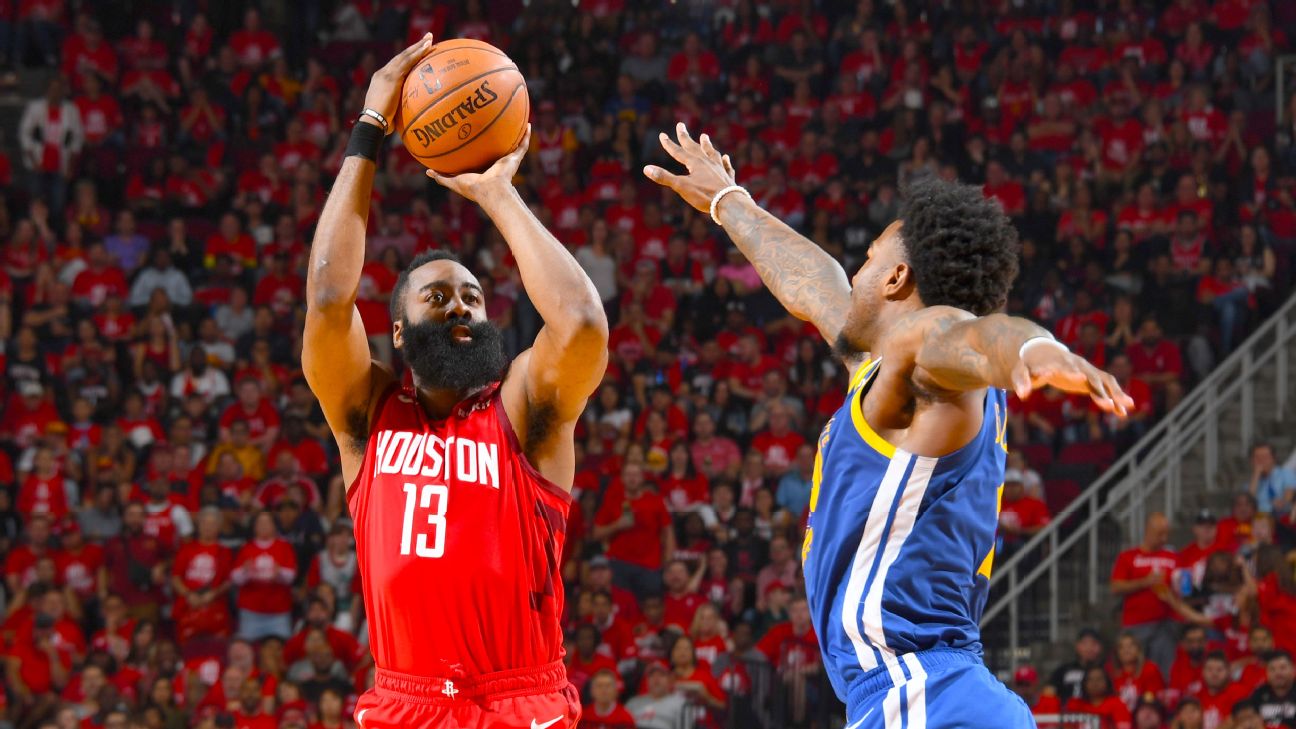 HOUSTON -- After tipping his cap to the Warriors, Rockets owner Tilman Fertitta defiantly guaranteed that James Harden will lead his franchise to championships.

"They kicked our ass on our home court," Fertitta said after the Warriors eliminated the Rockets for the fourth time in five seasons, ending Houston's season with a 118-113 win in Friday's Game 6 of the Western Conference semifinals. "They beat us by 10 points in the fourth quarter. It's unacceptable, OK? We just have to be better.

The Rockets' attempts to upgrade their roster after last season fizzled. Houston, coming off an NBA-best 65-win season and pushing the Warriors to seven games in the West finals, made budget-conscious moves, allowing starting small forward Trevor Ariza to leave in free agency and filling out the rotation by signing veterans Carmelo Anthony, James Ennis III and Michael Carter-Williams to minimum contracts. All three veteran additions fell out of the rotation and were eventually traded in transactions that helped Houston avoid paying the luxury tax.

The Rockets remodeled their roster on the fly and righted the ship, led by Harden's historically elite offensive season. Houston headed into the playoffs with momentum, winning the most games in the league after the All-Star break, but failed again to get past Golden State. The Warriors closed out Game 5 after All-NBA forward Kevin Durant strained his calf late in the third quarter and rallied to win Game 6 while he watched from home.

Rockets general manager Daryl Morey also congratulated the Warriors while also acknowledging how close the Rockets were in a tweet early Saturday morning.

Several of the Rockets seemed shell-shocked after the season-ending loss. Chris Paul, who played by far his best game of the series with 27 points, 11 rebounds and 6 assists, muttered that Houston had "to go to the drawing board" to search for solutions.

"This one's going to leave a mark," Rockets coach Mike D'Antoni said. "This is not something you just get over with. Definitely not going to get over it in this press conference or tomorrow or the next day. This one hurts. We didn't play our best, and to beat these guys, you've got to play your best. It's almost like, in a boxing match, you've got to knock the champion out. We didn't knock them out."

Harden lamented that the Rockets "let a lot of opportunities slip away" in each loss of the series. However, like Fertitta, Harden expressed confidence that Houston would contend again next season and find a way to beat the Warriors.

Fertitta indicated that the Rockets needed to improve intangibles such as killer instinct.

"I'm a fighter," said Fertitta, who has owned the franchise for two seasons. "That's my culture, and I think the longer that I own this team, they're going to pick up more of my culture. We had [the Warriors]. We should have stepped on their throat the other night and cut their throat. It's not, 'Let's make a few shots and win.' It's step on their throat and let's take it back to Houston and end it in six. We'll pick up a few Tilman-isms along the way in the next few years."

With Paul and Harden locked into long-term maximum contracts, the Rockets have limited avenues to make upgrades to a roster that features four starters who will be in their 30s next season. Houston will have the $5.7 million midlevel exception, which the Rockets did not use this season. Fertitta also strongly hinted that the Rockets will aggressively explore their options in the trade market. 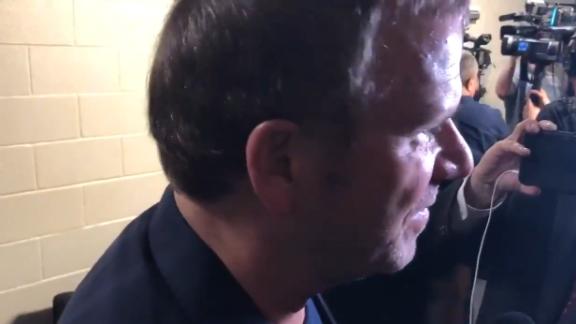