Reports that Carmelo Anthony will be released are inaccurate: Rockets GM 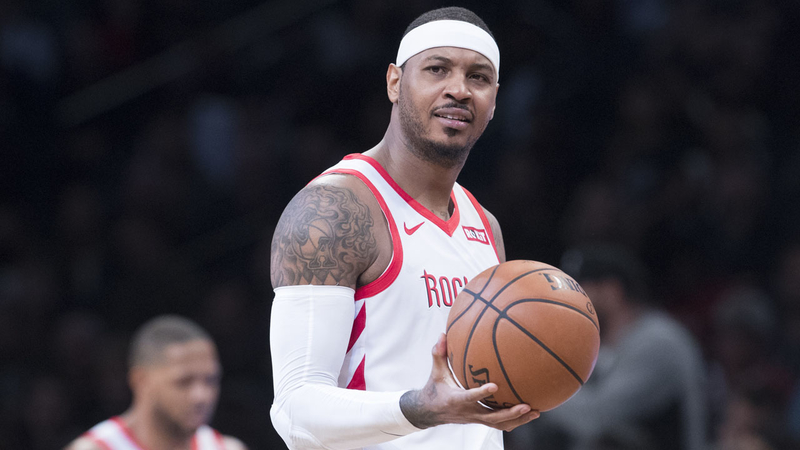 HOUSTON, Texas (KTRK) -- The Houston Rockets and Carmelo Anthony are discussing his role with the team and how the franchise and the 10-time All-Star forward still might be able to proceed together for the rest of the season, league sources told ESPN.

Anthony missed 10 of 11 shots in his return to Oklahoma City, as the Rockets loss 98-80 to the Thunder on Thursday night. This season, he's averaging a career-low 13.4 points per game while shooting 40 percent.

Anthony also missed Saturday's loss against the San Antonio Spurs due to an illness, and will miss Sunday's game against the Indiana Pacers.

But Anthony's struggles aside, the Rockets are stumbling as a whole.

Houston is currently 4-7 and sitting in 12th place in the Western Conference. While injuries have hampered the team to start the season, Houston's normally high flying offense ranks 29th in the NBA in terms of points per game.

D'Antoni: "We're getting everybody coming back, and then we'll see how it goes."

"We're nowhere near where we expect to be," said Rockets general manager Daryl Morey. "We have high expectations, and we're going to stick with those, and that's where we're at."

While Anthony's absence lent to some speculation that he would soon be released, Rockets head coach Mike D'Antoni said the team wouldn't rush to a decision with anyone.

"We're exploring all options," D'Antoni said. "We're getting everybody coming back, and then we'll see how it goes."