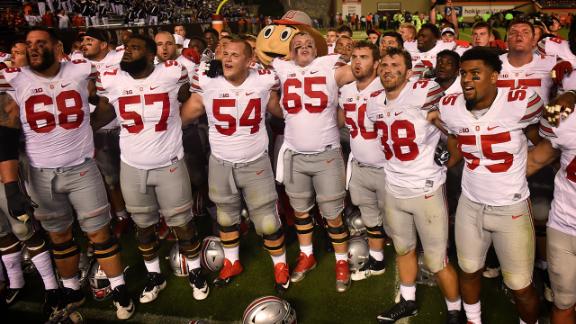 The Southeastern Conference has a record 10 teams ranked in the first Associated Press college football poll of the regular season.

Ohio Stateremained a unanimous No. 1 after pulling away for a 42-24 victory at Virginia Tech on Monday night.

The SEC already held the record for most teams from one conference in the Top 25 with eight, a mark it matched in the preseason. After the conference went 12-1 to open the season, No. 16Texas A&M and No. 25 Mississippi State moved into the poll to go with the eight teams already there.

The SEC has been dominating the AP poll in recent years and has had eight ranked teams six times in the regular season and three times in the preseason.

The Big Ten and the Atlantic Coast conference have each had a high of seven teams ranked in the AP Top 25. The Big Ten has done it five times. The ACC has had seven twice.

The Pac-12's high for ranked teams is six, including in this season's preseason poll and last season's final rankings. The most ranked teams the Big 12 has ever had in the AP Top 25 is six, which happened for three weeks in 2011.