Mark Cuban: 'I stand by my words' 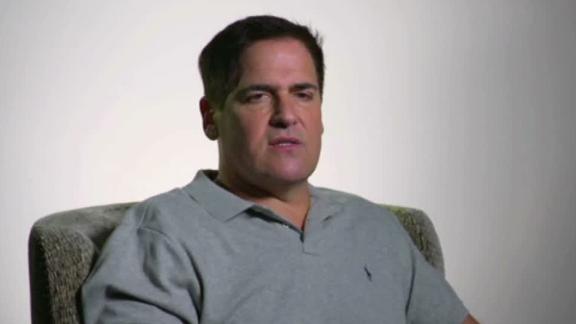 Dallas Mavericks owner Mark Cuban apologized to the family of slain South Florida teenager Trayvon Martin for referencing "a black kid in a hoodie" during a controversial, nuanced discussion about prejudices and bigotries.

Cuban made the apology Thursday afternoon and elaborated on his thoughts expressed during an interview Wednesday with Inc. magazine in a series of tweets.

P/1: In hindsight I should have used different examples. I didn't consider the Trayvon Martin family, and I apologize to them for that.

- Mark Cuban (@mcuban) May 22, 2014P/2: beyond apologizing to the Martin family, I stand by the words and substance of the interview.

- Mark Cuban (@mcuban) May 22, 2014P/3: I think that helping people improve their lives, helping people engage with people they may fear or may not understand,

- Mark Cuban (@mcuban) May 22, 2014P/4: and helping people realize that while we all may have our prejudices and bigotries

- Mark Cuban (@mcuban) May 22, 2014P/5: we have to learn that it's an issue that we have to control, that it's part of my responsibility as an entrepreneur to try to solve it

- Mark Cuban (@mcuban) May 22, 2014Other than the apology to the Martin family, those tweets largely echoed Cuban's comments from the original interview, when he acknowledged having his own prejudices and bigotries and emphasized the importance of evolving as a society on such issues.

"In this day and age, this country has really come a long way putting any type of bigotry behind us, regardless of who it's toward," Cuban told Inc. magazine. "We've come a long way and with that progress comes a price. We're a lot more vigilant and we're a lot less tolerant of different views, and it's not necessarily easy for everybody to adapt or evolve.

"I mean, we're all prejudiced in one way or another. If I see a black kid in a hoodie and it's late at night, I'm walking to the other side of the street. And if on that side of the street, there's a guy that has tattoos all over his face -- white guy, bald head, tattoos everywhere -- I'm walking back to the other side of the street. And the list goes on of stereotypes that we all live up to and are fearful of. So in my businesses, I try not to be hypocritical. I know that I'm not perfect. I know that I live in a glass house, and it's not appropriate for me to throw stones."

Cuban unintentionally evoked memories of the 2012 death of Martin, an unarmed black teenager who was wearing a hooded sweatshirt and was shot to death by George Zimmerman, a neighborhood crime-watch volunteer who said he acted in self-defense and was acquitted by a jury. In the aftermath of that incident, LeBron James and Miami Heat players condemned the act by posting a photo of the entire team, all wearing hoodies, their heads bowed, their hands stuffed into their pockets.

Cuban's comments come at a particularly sensitive time for the NBA, which is in the midst of trying to force Los Angeles Clippers owner Donald Sterling to sell his team after he made racially charged comments caught on an audiotape. Sterling was banned for life and fined $2.5 million by NBA commissioner Adam Silver after the release of a TMZ recording in which he told a female friend, V. Stiviano, not to bring black people to Clippers games.

On Monday, Sterling was charged with damaging the league with his racist comments, and he has until Tuesday to respond to the charge. If Sterling does not respond by then, that would be grounds for termination. Silver's decision of a lifetime ban for Sterling is subject to a vote by NBA owners on June 3, with the commissioner needing three-quarters of the votes to enforce his decision.

Speaking at the annual GrowCo convention, hosted by Inc. magazine, on Wednesday in Nashville, Tennessee, Cuban said he knows how he'll vote but isn't ready to comment on it.

"There's no law against stupid," Cuban said when asked how to keep bigotry out of the NBA, according to the Tennessean. "I'm the one guy who says don't force stupid people to be quiet. I want to know who the morons are."

On the night before Silver's announcement of Sterling's lifetime ban, Cuban called Sterling's comments "abhorrent." However, he said that forcing Sterling to sell the Clippers would be a "very slippery slope."

Cuban pledged his full support of Silver's ruling after the fact, but he had been guarded on his comments on the subject since then until appearing at the GrowCo convention Wednesday, when he reportedly said that he hates that he might have to be hypocritical with his vote on the Sterling issue. The point Cuban attempted to make during his videotaped interview with Inc. magazine was the importance of helping people evolve with their prejudices and bigotries.

"I'll try to give them a chance to improve themselves, because I think that helping people improves their lives, helping people engage with people they may fear or may not understand and helping people realize that while we all may have our prejudices and bigotries we have to learn that it's an issue that we have to control, that it's part of my responsibility as an entrepreneur to try to solve it, not just to kick the problem down the road," Cuban said. "Because it does my company no good, it does my customers no good, it does society no good if my response to somebody and their racism and bigotry is to say, 'It's not right for you to be here. Go take your attitude somewhere else.'"

Cuban Makes Bold Comments On Race
In an interview with Inc. Magazine, Mavericks owner Mark Cuban acknowledged having his own prejudices and bigotries.