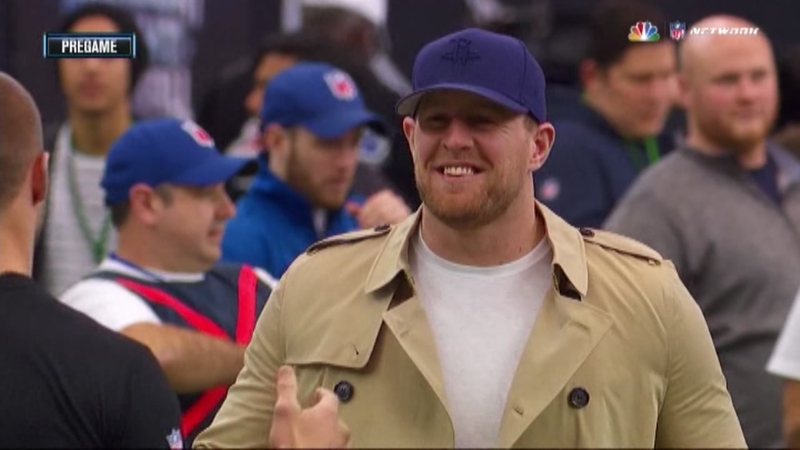 Watt earned national recognition for his fundraising efforts in the wake of Hurricane Harvey, raising over $37 million for victims of the hurricane that devastated the greater Houston area in August.

The defensive end joins other players around the National Football League to be honored for the prestigious award such as Greg Olsen of the Carolina Panthers, Clay Matthews of the Green Bay Packers, and Malcolm Jenkins of the Philadelphia Eagles, among others.

The team handed out other honors as well including Deandre Hopkins named offensive MVP and Deshaun Watson as Rookie of the Year.

Watt also told Eyewitness News that he thinks the Texans has a chance of winning the Super Bowl next year.

Report a typo to the ABC13 staff
Related topics:
sportshoustonnflhouston texansawardjj watt
Copyright © 2021 KTRK-TV. All Rights Reserved.
TOP STORIES
How residents in this Harris County neighborhood became numb to crime
Big warm up ahead but another cool front in the forecast
Federal investigators at site of MD-87 plane crash in Waller Co.
White House details plan to roll out COVID vaccines for younger kids
5K run to be held in murdered woman's honor
Nikolas Cruz pleaded guilty to murder in 2018 Parkland massacre
US expected to authorize Moderna, J&J boosters as soon as today
Show More
Houston executive 1 of 21 on board jet when it crashed in field
Americans arrested for trying to board flight in Switzerland
Loved ones remember mom of 3 killed during home invasion
UT Rio Grande Valley offers free tuition and fees to certain students
Astros awaken for 7 runs in 9th to beat Boston and tie ALCS
More TOP STORIES News