James Harden out at least next two games with hamstring strain 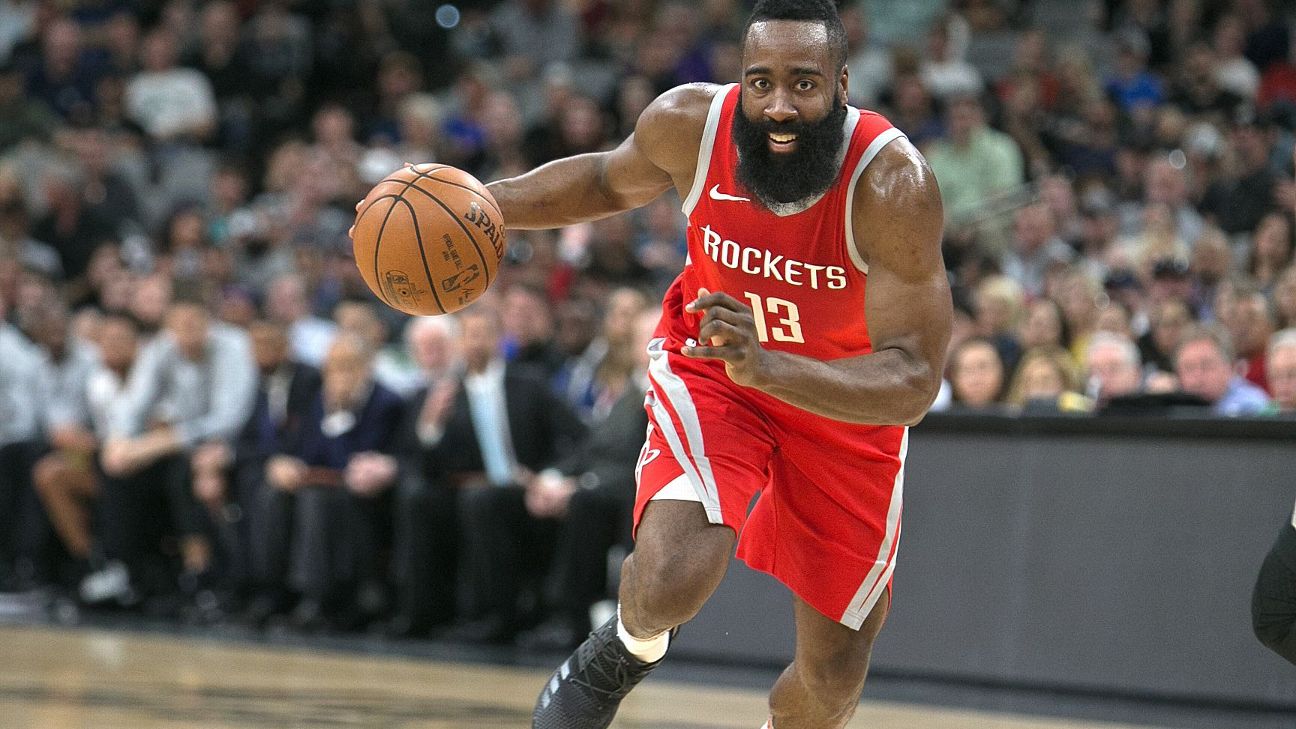 HOUSTON --Rockets guard James Harden has been diagnosed with a grade 1-plus strain to his left hamstring and will miss at least the next two games, the team announced Thursday afternoon.

Harden did not practice Thursday and underwent an MRI to determine the severity of the injury, which caused him to exit Wednesday's 100-89 loss to the Utah Jazz with 5:19 remaining.

Harden, the reigning MVP, missed seven games in January of last season due to a Grade 2 hamstring strain. He was optimistic Wednesday night that this strain was not nearly as severe.

Rockets starting small forward James Ennis III will miss his second consecutive game Friday due to a Grade 2 hamstring strain and has also been ruled out for Tuesday. Coach Mike D'Antoni is considering starting forward Carmelo Anthony for the first time this season against the Clippers.

Guard Chris Paul will return to the Rockets' lineup against the Clippers after serving a two-game suspension stemming from his fight with Los Angeles Lakers guard Rajon Rondo.

"Obviously, we'd love to have the team full strength, but right now we're sort of dealing with the injury bug," Paul said. "We just need to get past it and just hoop, pile up some wins. We'll just try to weather the storm. I'd rather it be now than April or something like that. We'll just try to figure it out."