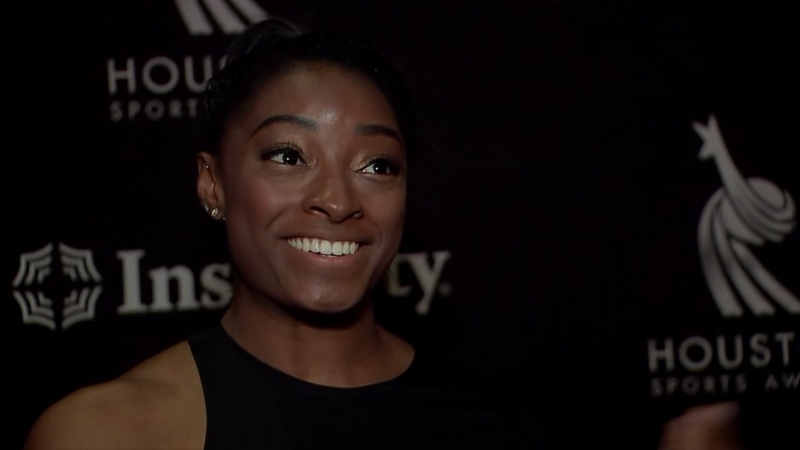 Simone Biles on winning Athlete of the Year

Stars from all over the world of sports, current and retired, lined the blue carpet, giving their fans an off-the-field glimpse.

"I was in awe and nervous about being up there to represent George Foreman," said former NBA All-Star Calvin Murphy.
EMBED More News Videos

The UH QB recovering from injury, preparing for life with a new coach

"It's really nice to be honored in your own state and in your hometown," said retired racecar legend A.J. Foyt.
EMBED More News Videos

The 96-year-old golfer reflects on life and golf lessons after being inducted in the Hall of Fame.
EMBED More News Videos

Jackie Burke, Jr. describes the grind of being a professional golfer

The Super Bowl winning quarterback talks about the state of Houston sports and the Houston Texans.

Joe Texan's family remembers the life of their loved one after being named the 2019 Fan of the Year.
EMBED More News Videos

The late superfan's family describes Joe's love of the Texans, desire to help others