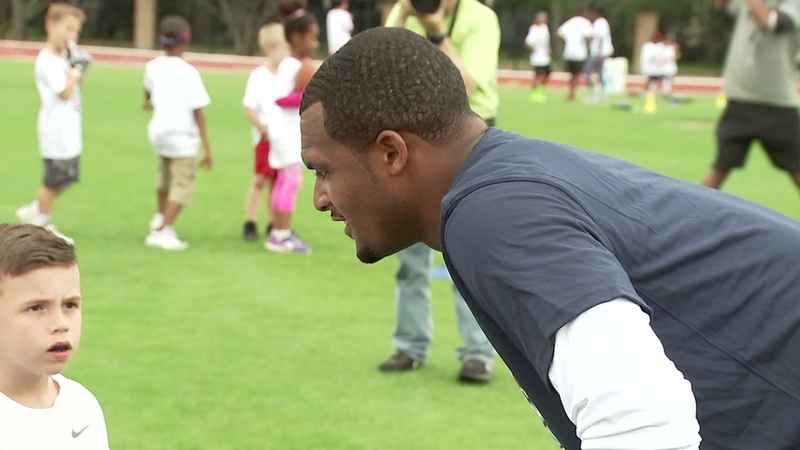 Deshaun Watson teaches kids about being a quarterback

HOUSTON, Texas (KTRK) -- Just like the leader that he is, Houston Texans star quarterback Deshaun Watson instructed kids on how to play his position Sunday.

It was all part of his hosting turn during the Academy Sports + Outdoors Deshaun Watson Football ProCamp at Episcopal High School.

Amid calling plays and throwing the football to aspiring athletes, Watson said the camp was not only his duty but also his honor.

The National Championship QB also recalled the times he joined camps with the players he looked up to.

"I was going to the Michael Vick camp. The Jason Griffin camp. The Warrick Dunn camp. The Roddy White camp. I was going to all those camps. And in a few years, I was working with the (Atlanta) Falcons. It was an inspiring, motivating moment at that time, because I knew that's what I wanted to be when I grew up," Watson added.

As for his Houston Texans, the team wrapped up rookie mini-camp for the dozens of first-year players it signed via draft or free agency.

Think you know Deshaun Watson? Here's everything you should know about the Texans star.