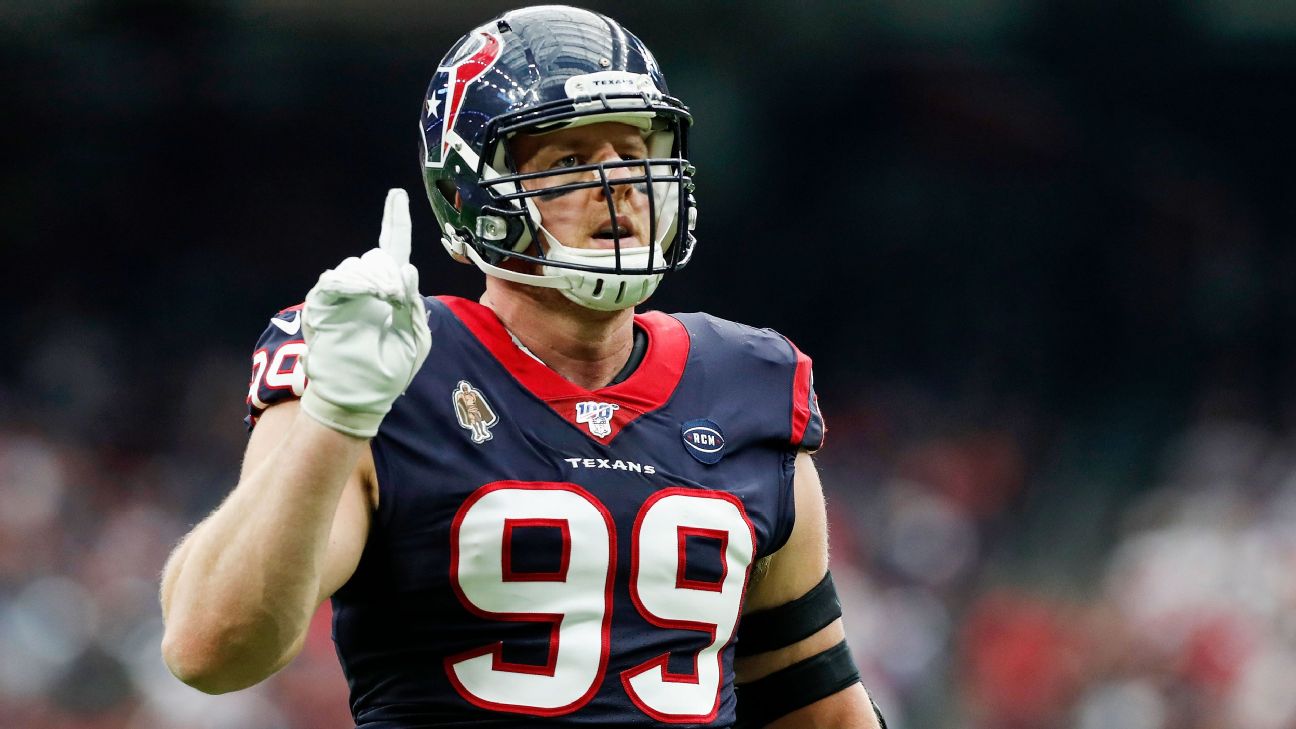 HOUSTON -- Texans defensive end J.J. Watt said Wednesday that it's too early for players to make a decision on whether they'll play this season given the many unknowns that remain with the coronavirus pandemic.

"I've been on the NFLPA calls the last couple times we've had them," Watt said on a conference call when asked whether he's made a decision on whether to play. "I don't think we're anywhere ... I don't think we're at a point yet where people are making that decision because we don't have enough information yet to be making decisions like that. So I think that it's a very fluid process, and I think it keeps coming up. Obviously ... the report date gets closer and closer. But as of right now, we really don't have enough information to make a decision like that, I would say."


The Texans report to training camp July 25. They are scheduled to open the season at the Kansas City Chiefs on Sept. 10.

Watt was asked whether he thinks it is necessary to play preseason games. The league canceled the NFL's preseason-opening Hall of Fame Game and shortened the preseason from four games per team to two in order to help players acclimate to being back on the field after going through a virtual offseason program. Last week, a source told ESPN that the NFL Players Association's board of player representatives voted to recommend canceling all 2020 preseason games.

"If the doctors and the PA doctors decide that it's not in the best safety interest of the players to have them, then we don't have to," Watt said. "But I also at the same time think about undrafted guys and the guys who make a roster in the fourth preseason game and how special that is and how many opportunities would be missed from that. So I'm on both sides of the fence.

"I think obviously as a vet, personally do I think that preseason games for somebody in my situation is absolutely necessary? I would say, I don't think so. But I think there are a whole bunch of people who need those opportunities and who live for those opportunities. I mean, it can literally change a life. So I see, I see the other side of it where somebody could literally have their entire dream come true because of those games, so that's a very difficult debate to have."


Watt said he hoped the NFL was looking at the way the other leagues are operating in their attempts to return to play.

"Listen, everybody wants sports. We all want sports. But we also all want it to be as safe as possible. So learning from other people's experiences and trying to tweak it and make it as best as possible by the time we get around to it is a very important [thing] to do. So obviously we're hoping that we can learn from those and get better and we're hoping that they have success with theirs because we all want to watch sports. We just want to make sure it's safe."
Report a correction or typo
Related topics:
sportsespnjj wattnewshouston texansnfl
Copyright © 2020 ESPN Internet Ventures. All rights reserved.
More Videos
From CNN Newsource affiliates
TOP STORIES