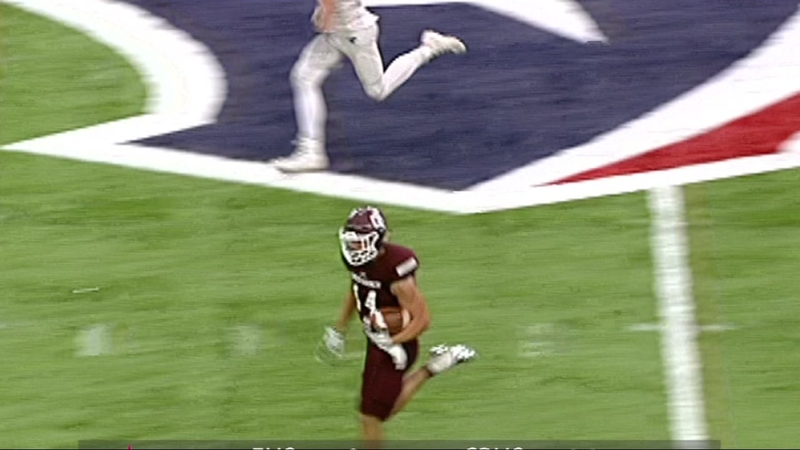 We're down to the Semi-Finals in the state playoffs.

Cinco Ranch is one of four area 6-A teams still playing. The Cougars are in the State Semi-finals for only the second time in school history.

This Cinco Ranch team is one that just refuses to lose. The Cougars are playing perhaps their best game of the season in last Saturday's Region 3 final win over Cy Ridge. Cinco Ranch against Cibilo Steele Saturday in the Alamodome.

Most have Steele favored in the game, but that's alright with the Cougars.

Cinco Ranch Head Coach Don Clayton says, "a local magazine had Friendswood favored by 14 over us and that burned the players up, they didn't like it. The lack of respect that they're not getting is a chip and their shoulder and that's a good thing."

The Foster Falcons are the lone 5A team from the area still playing.

Undefeated Foster with a chance for redemption on Saturday. The Falcons take on Temple in San Marcos. It's a 2pm Kick-off.

Temple is the last team to beat Foster. A playoff loss from last year and it has been a source of motivation for the Falcons since then.

Foster head coach Shaun McDowell says "Temple made us a better football team and made us better coaches. What we're seeing now it's a chance to go back and to have a little pay back."