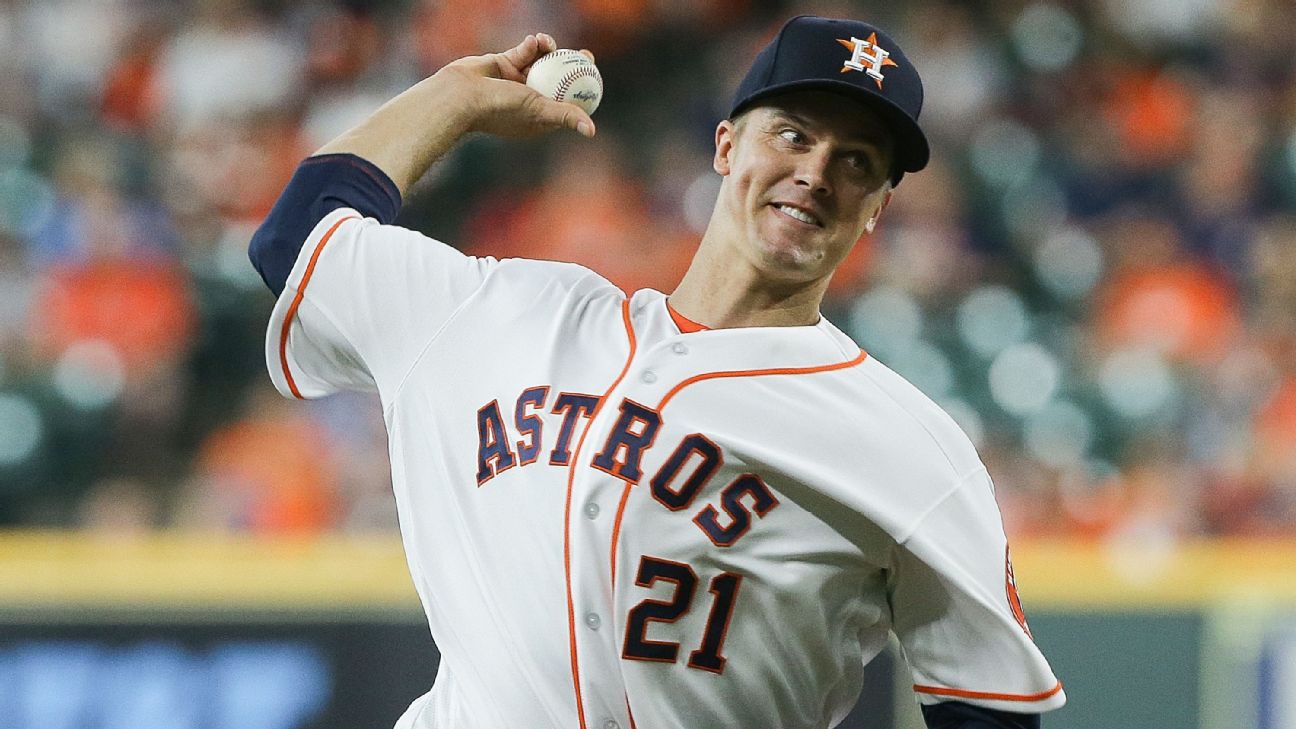 Zack Greinkeearned his first win with theHouston Astroson Tuesday night, despite an uneven outing in which he gave up five earned runs in six innings ofan 11-6 victory over the visitingColorado Rockies.

After a solid first three innings, Greinke gave up two earned runs in the top of the fourth and a tying, three-run homer to Raimel Tapia in the sixth.

Greinke finished with seven hits allowed, walking two batters and striking out two.Chris Devenski took over to start the seventh.

"I was telling Maldy [catcherMartin Maldonado] that it kind of reminds me of back when I was in Milwaukee, it seemed like we scored like 10 runs a game," Greinke said. "So it's a good offense and it's fun to pitch with that going on."

He did have one gripe about Houston's powerful offense, though.

"Yeah, it's kind of boring," he said of the long wait between innings. "And just trying to stay loose, staying focused [when] not having anything to do."

Acquired in a blockbuster trade with the Arizona Diamondbackslast week, the 35-year-old right-hander joined All-Stars Justin Verlander and Gerrit Cole to round out what some are calling the best rotation in baseball.

"Sometimes a little awkward, but I feel pretty good here," Greinke said. "Guys make it really easy and so didn't feel awkward at all like some other times when I've been on new teams."

Though he was with a new team, Greinke faced a familiar opponent after making four starts against Colorado this season while playing in the NL West with the Diamondbacks. Tuesday's victory gives the 2009 AL Cy Young Award winner 14 in his career against the Rockies, which is his most against any opponent. Houston starters are now 15-1 in their past 18 starts.

"Not having been around him, I was impressed by how he goes about his business, how he prepared, how he worked his way through his outing," Astros manager AJ Hinch said. "He was very calm and very interactive during the game." 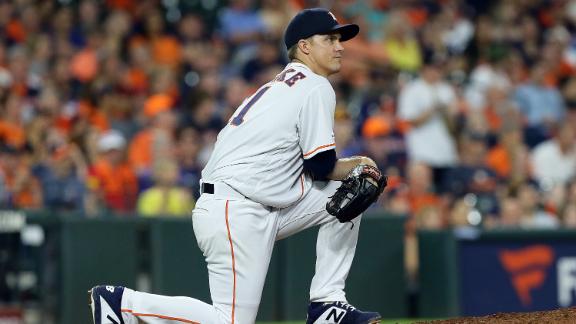