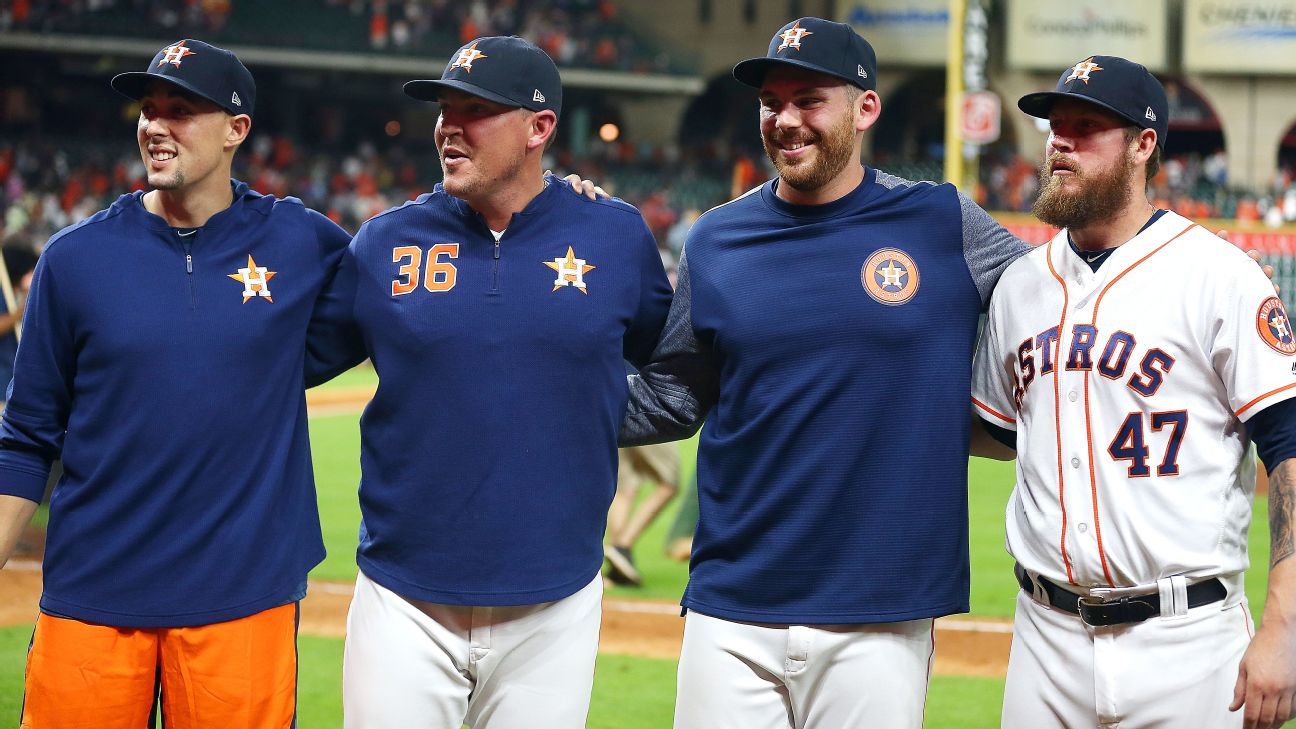 TheHouston Astrosspun the 12th no-hitter in franchise history, holding theSeattle Marinershitless in a 9-0 victoryin Minute Maid Park on Saturday behind four pitchers -- starting withAaron Sanchez, who wasmaking his Astros debut after going to Houston at the trade deadline. He could not have chosen a better night for it, as it came on the same night they inducted the inaugural class of the Astros' team Hall of Fame. On a night the team was honoring greats such as Nolan Ryan -- who holds the individual record of no-hitters with seven -- how better to honor him and the other inductees than for the current Astros to spin their own new no-no?

In the win, Sanchez pitched the first six innings, followed by relievers Will Harris, Joe Biagini -- also making his debut as an Astro after coming over in the same trade with Sanchez -- and Chris Devenski. They combined to give up four walks in nine innings against the Mariners while holding them hitless and racking up eight strikeouts.

Sanchez came into his first start for Houston with a 6.07 ERA -- the highest in baseball among pitchers qualifying for the ERA title -- in his 23 starts with the Toronto Blue Jays before going to Houston at the trade deadline on July 31. He now joins a burgeoning group of veteran pitchers who experienced quick turnarounds in their fortunes as Astros, including Charlie Morton in 2017, Gerrit Cole in 2018 and Wade Miley this season.

Sanchez joins rare company in another way, as noted by the Elias Sports Bureau. There have been four no-hit efforts in the modern era started by pitchers making their debut with a team: Don Cardwell with the Cubs in 1960, Mark Langston in 1990 in a combined no-hitter for the Angels, Wilson Alvarez in 1991 with the White Sox and Hideo Nomo in 2001 with the Red Sox. Langston's no-hitter was finished by Angels vet Mike Witt, so until Sanchez and Biagini contributed to this Astros no-hitter, there had never been a no-hitter featuring multiple pitchers making their team debut.

Sanchez came into his Astros debut with a 13-decision losing streak, the longest by any starting pitcher since Shelby Miller lost 16 straight decisions in 2015. Consider that streak entirely busted. Elias reports that is the most consecutive decisions with a loss prior to a start of at least six no-hit innings in baseball's modern era (since 1900), topping Hoy Wilhelm's nine losses in 1952 and Matt Young's six spread between 1991 and 1992.

The previous no-hitter thrown by the Astros was spun by Mike Fiers on Aug. 21, 2015, at home against the Dodgers, making this only the second no-hitter thrown at Minute Maid Park. Fiers also notably threw the first no-hitter of the 2019 season earlier this year for the Oakland A's, the 300th in major league history.

The 12 no-hitters thrown by the Astros are the second most by any team since the Astros entered MLB as an expansion team in 1962. Only the Dodgers have more with 13.

For the Mariners, this is the second time they've been no-hit in a little more than three weeks; the previous one came against the Angels on July 12, which was also a combined no-hitter, making the Mariners the first team to be on the receiving end of more than one combined no-hitter in a single season. The last teams to be no-hit twice in the same season were the 2015 Mets and Dodgers.

Elias also notes the Mariners went just 22 days between no-hitters, the seventh-shortest gap between being no-hit in MLB history. The record is one day, set by the 1917 White Sox when they were no-hit on consecutive days on May 5 and 6.

The Mariners had already been no-hit by combined effort twice in their history, tied for the most in MLB history (with the A's and Padres), and are now the only team to suffer this sort of defeat three times.

If Seattle can take solace in anything, it's that in today's era of openers, pitch counts and ever-growing strikeout rates, they probably won't be the last. 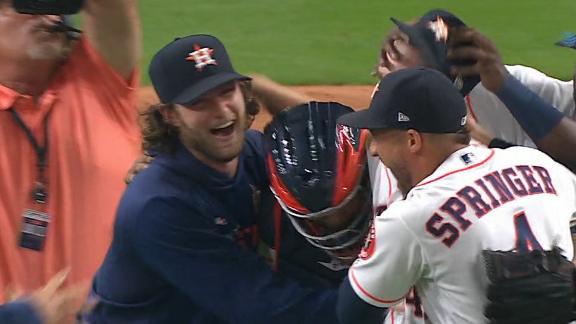