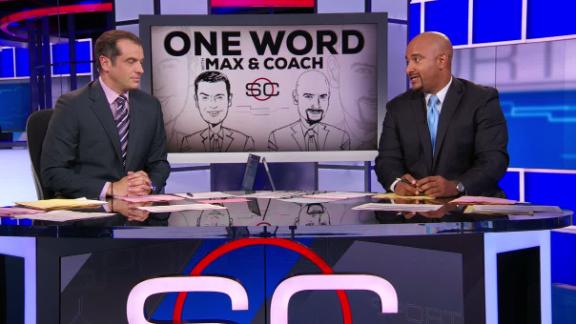 Each week, ESPN.com writer Brett Okamoto provides his take on the hottest topics in the world of mixed martial arts.

This week, Okamoto squares off with former UFC and current Bellator heavyweight Matt Mitrioneto debate the latest news and trends. Mitrione (11-5), 38, is unbeaten in two fights since making his Bellator MMA debut in June.

1.Will Georges St-Pierreever fight again? If so, will it take place in the UFC?

Mitrione:My belief is yes. I believe he really wants to fight again. I've actually spoken to him about it. I feel there's a chance he'll fight for another organization, but the thing is, St-Pierre is a competitor, and he wants to fight against the best competition in the world. So I think if another organization can get somebody who is worth his time, who is not locked up by the UFC, St-Pierre would be interested. I don't think St-Pierre is going to wait another year to fight. If he does fight, I think it's going to be soon. I think his recent comments are a lot of posturing, which is intelligent. He just put a lot of pressure on the UFC, publicly, and I think that's something [UFC president] Dana White has done to try and humiliate and embarrass fighters for a long time. So good for GSP for taking a page out of Dana's book. The new UFC is only interested in putting on fights that bring in heavy dough. GSP is the key to Canada. I think by GSP doing that, letting the world know he wants to fight but they're not giving him what he wants, then he put a lot of pressure on them.

Okamoto:Yes, I think St-Pierre will fight again. I think his desire to fight has been pretty obvious for a while now. And I do think that fight takes place in the UFC. Whether he's legally a free agent at this exact moment or not, I believe the overall outcome of this situation is the same, and that is he will fight in the Octagon again. I've said it before and I'll say it again: 2016 was the year in which UFC fighter negotiations went public. Athletes have more leverage in this sport than they've ever had and they're more willing to use it. Not every single athlete can say that, but the ones who have found themselves in a position of strength have been generally willing to use it to their advantage. This could turn into one of the most interesting legal battles in the history of this sport. As of right now, I define it more as ongoing negotiations and, as Mitrione put it, posturing. At the end of the day, it would still be easier on everyone involved to come to an agreement, rather than hash this out in court.

2.With St-Pierre ruled out of UFC 206 on Dec. 10 in Toronto, will that pay-per-view event get lost in the shuffle of a busy end of the year?


Mitrione:I can't even think of who's on UFC 206, so to me it's already lost. Oh, AJ [Anthony Johnson]. That's in Toronto? Anthony versus Daniel Cormier. It could get lost, man. AJ is an animal. DC's an animal. But I think GSP is kind of a needed commodity for that market right now. Especially with the business trading hands and now the bad business of the UFC not having him on that card, I do think UFC 206 could get lost, yes.

Okamoto:I agree. It absolutely could. From a pay-per-view standpoint, sandwiching it in between New York's UFC 205 and Ronda Rousey's UFC 207, it already was in a perilous spot. It's similar to UFC 201, which was sandwiched between the landmark UFC 200 and the Conor McGregor-Nate Diaz rematch at UFC 202. The return of St-Pierre would have been enough to combat that. Without him, I don't know that a rematch between Cormier and Johnson is enough to support PPV numbers. Cormier himself has expressed concern on this, as his payday is directly linked to PPV. The Toronto market has produced big crowds at Air Canada Centre in the past, and it has been three years since the UFC has been in that building. So Canadian fans might still show up at the gate, but as far as a PPV draw, it certainly could suffer.

3.Ronda Rousey returns at UFC 207 on Dec. 30 against bantamweight champion Amanda Nunes. Was this the right fight for her to return to?

Mitrione:I think Ronda got exposed and is going to have a really difficult time fighting anybody, because a lot of people are going to have a different game plan for her now. Is it the right fight for her, though? Yeah. I think Julianna Pena would be highly aggressive and a difficult fight for Ronda. I think everyone knows what would happen if Ronda fought "Cyborg" [Cris Justino]. I think she wanted nothing to do with a rematch against Holly Holm. So it was either Miesha Tate or Amanda Nunes. She got what she needed. The UFC knows what Ronda needs to be successful, and they need her to be successful. I just feel the blueprint is there for Nunes, but Ronda will be able to close distance, and her ability in close proximity is still the best in that division, especially when it goes to the ground. If you get a striker she can't close on, she's going to have a difficult time, but I think she can close on Nunes.

Okamoto:It's not the worst fight for her to return to. Oddsmakers still see Rousey as the favorite. Asking her to come back to a superfight against Justino or a rematch against Holm, whom you'd think would have a psychological advantage, would have been tough. I'll admit it though: If I were the UFC, I would have booked her to the most tuneup-type fight possible. And I wouldn't have felt ashamed about it one bit. Haters would hate and accuse the UFC of pampering Rousey. OK, fine. If I'm the UFC, I want Rousey to return, for UFC 207 and beyond, and I want her to be confident. It's not like we've never seen this before. Tuneup fights have been around as long as combat sports. Let your star get her legs under her in a matchup that favors her -- heavily. Nunes hits hard. She's a finisher. I would have found a pillow-fisted bantamweight with poor takedown defense. That, to me, would have been the right fight for Rousey, but, I guess, credit her and the UFC for jumping straight back into the fire.

4.After being fined $150,000 by the Nevada State Athletic Commission, Conor McGregor says he'll never fight in Las Vegas again. Do you believe him?


Mitrione:I think Conor is a very astute young man and that he understands the power he has with his name and marketability. If you're going to get fined like that and that makes you never want to fight in Vegas again, he knows he has the power to do so. It'll hurt Vegas and their pockets, which is obviously his intent if he doesn't fight there again. I think Conor does a lot of posturing, but this is something he's probably pretty legit about. Yes or no, does Conor ever fight in Las Vegas again? I'd guess no.

Okamoto:Not really. Mitrione's right, McGregor has never been one to misunderstand the value in his name. Saying he'll never fight in Las Vegas again, he knows what impact that has on the individuals who fined him. Las Vegas won't go bankrupt if it never hosts another McGregor fight, but the man has been in the headliner of four of the top five mixed martial arts gates in Nevada history. Not to mention, he's responsible for bringing a very large amount of Irish money into the city during the last two years. His words on never fighting in Nevada again carry plenty of weight, but I personally don't expect him to hold that grudge forever. The UFC likes to host its big events in Las Vegas. No income tax in Nevada equals a happy face on McGregor's record-setting paychecks. We'll see what the future holds, but my guess is McGregor will be back in Vegas before his career is over.

Mitrione:Chael, all day long. I just feel that Chael has youth on his side. I feel Chael is quick, slick, works on his hands. Tito is kind of past his prime a wee bit. He knows he's the draw that he is. He's more of a businessman at this point where I think Chael is still a grinder.

Okamoto:Yeah, I've got to lean Sonnen as well. I do think, however, a lot of people will completely write Ortiz off in this matchup, which I think might be a mistake. The general perception seems to be Ortiz is finished, which I wouldn't even completely argue with. However, he will be the bigger man in this contest, and although he has forfeited plenty of athleticism to age and injury, he still has size and enough power to make this fight interesting. But ultimately, Sonnen is younger, comes in shape and is the best wrestler Ortiz has fought in years. The early pick is Sonnen. 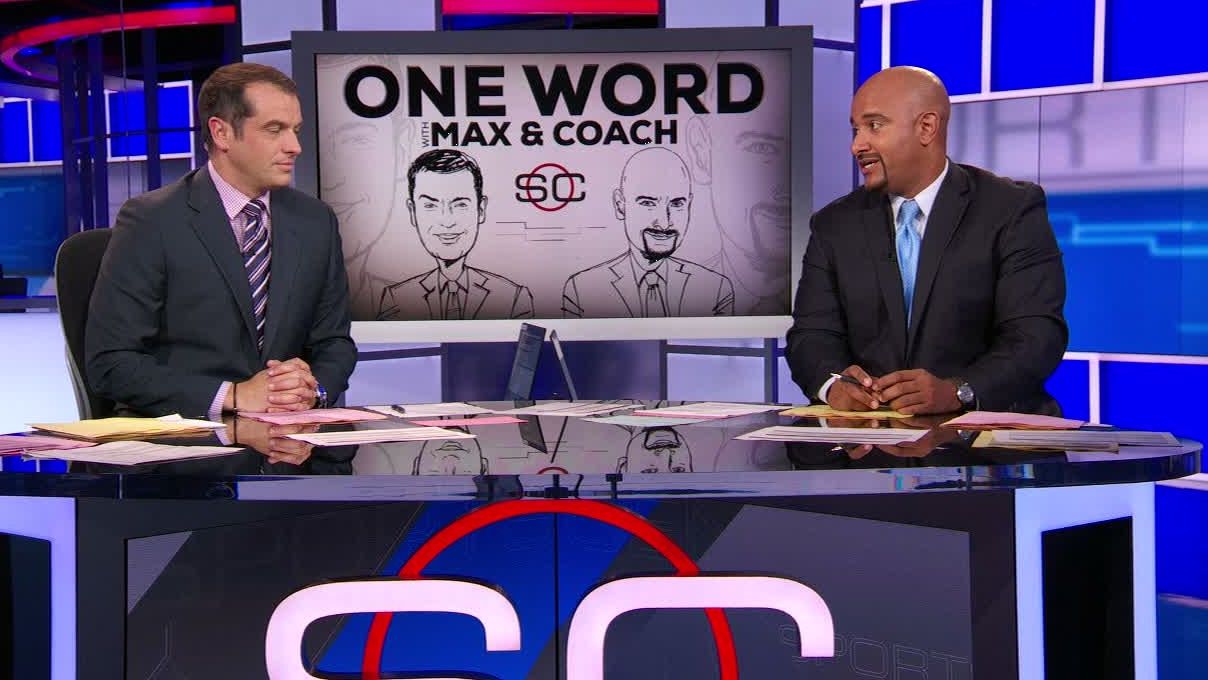