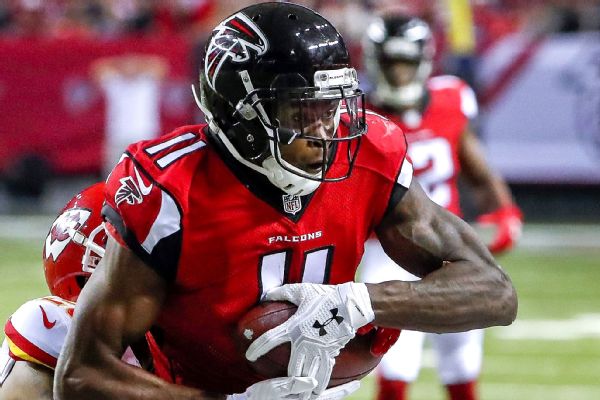 Jones, who leads the NFL with 1,253 receiving yards, didn't practice all week leading into the game. Coach Dan Quinn said it would be a game-time decision based on Jones running full-speed routes during warmups. However, Jones only jogged during his brief session with Quinn watching. The two consulted for five minutes before the team ruled out Jones.

This is the first game Jones will miss with an injury since 2014.

The Falcons are down their top two wide receivers against the Rams with Mohamed Sanu sidelined by a groin strain.

Taylor Gabriel becomes the No. 1 receiver for Matt Ryan with Justin Hardy and Aldrick Robinson also expected to step up at the position.