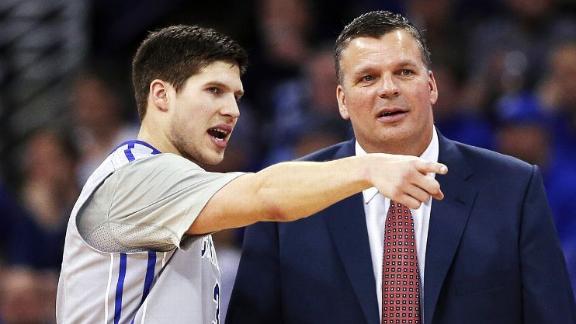 The award was announced Friday on ESPN's "SportsCenter."

The forward led father and coach Greg McDermott's team to the NCAA tournament for a third consecutive year and became a college basketball legend when he topped 3,000 career points this season.

He led the nation in scoring with 26.7 points per game and shot 52.6 percent from the field, including 44.9 percent from 3-point range.

On Thursday, McDermott was named The Associated Press' player of the year. He'd previously earned a slot on the AP's All-America team, becoming the first player with three first-team nominations since Patrick Ewing and Wayman Tisdale did so in the 1980s.

McDermott is the 38th winner of the Wooden Award and the first senior since Jimmer Fredette after the 2010-11 season.

He also accepted the U.S. Basketball Writers Association's player of the year award Friday. He received that honor from Hall of Famer Oscar Robertson, whose name is on the award.