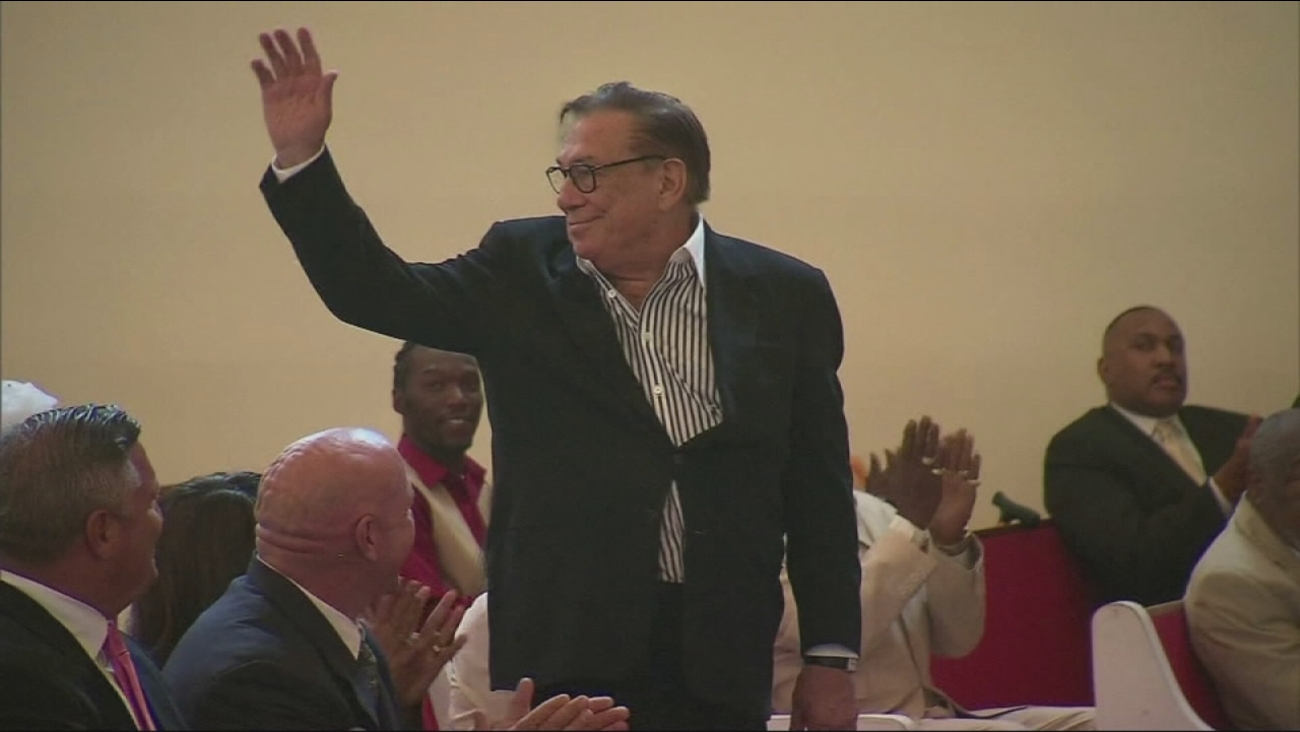 Sterling told KNBC-TV he went to Praises of Zion Missionary Baptist Church to support the church and said the service was "beautiful."

NBA Commissioner Adam Silver fined Sterling $2.5 million, banned him from the league and started the process to end his ownership of the Clippers after an audio recording of Sterling disparaging blacks became public in April.