Demaryius Thomas not planning to retire; Jadeveon Clowney wants to return to Texans 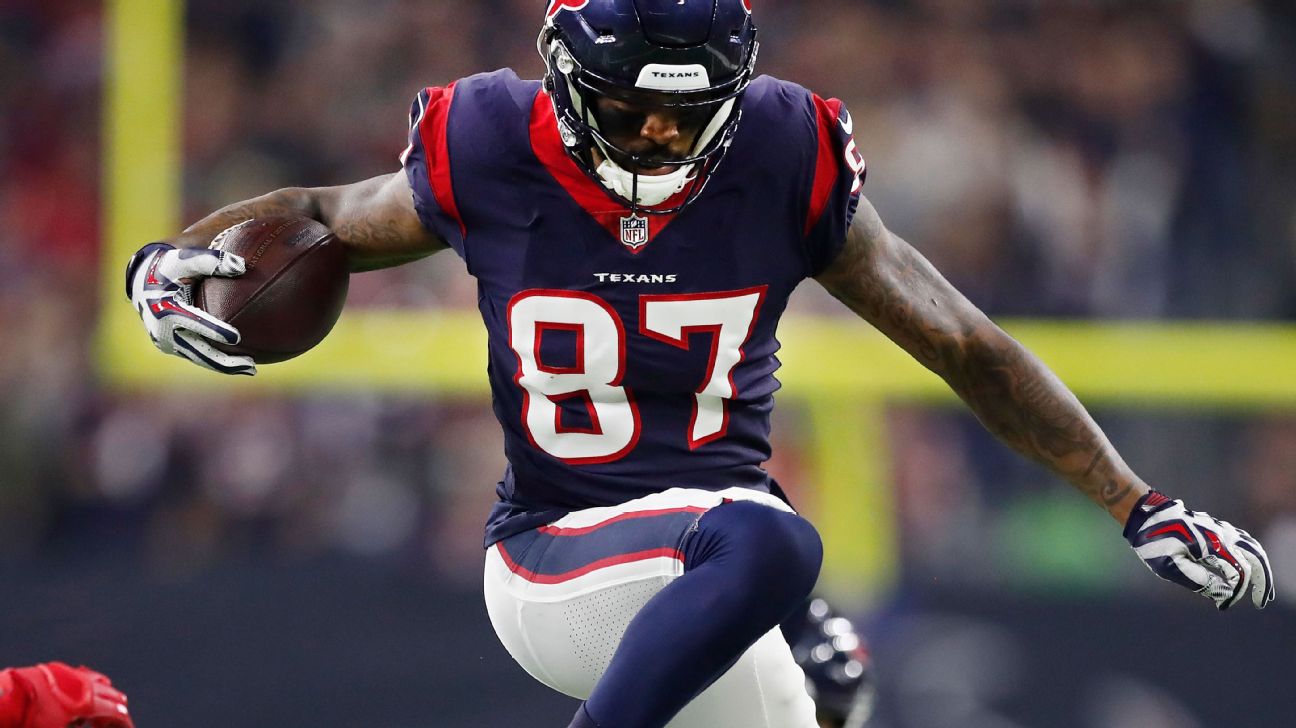 Demaryius Thomas said Sunday he's not thinking about retiring because of the Achilles injury that ended his season, but he acknowledged his future might not be with the Houston Texans.

Thomas spoke to reporters for the first time since he suffered the season-ending injury Dec. 23.

"My main priority right now is getting back healthy. I can still play, man. I'm not thinking about retirement. I just don't know where it will be," he told reporters, according to the Houston Chronicle.

Thomas was acquired by the Texans from the Denver Broncos before the trading deadline after wide receiver Will Fuller suffered a season-ending knee injury. The four-time Pro Bowl selection caught 23 passes for 275 yards and two touchdowns in seven games after the trade.

Thomas is due a non-guaranteed $14 million salary in 2019 and he said his return to Houston is "up in the air" because of the presence of young wide receivers Keke Coutee and Fuller.

"I had a tough injury. I am 31 now. A couple of guys are coming back like Will and Keke," he told reporters, according to the Chronicle.

Thomas isn't the only notable Texans player who might be a free agent after this season. Star linebacker Jadeveon Clowney will be a free agent for the first time but might receive the franchise tag from the team. Clowney, who has made the Pro Bowl each of the past three seasons, said he'd like to remain with the Texans but isn't worried about his contract.

"Of course, I want to come back," Clowney said, according to the Chronicle. "I promise to the Texans and whoever else is watching that I'm going to be a much better, improved player next season. I haven't been thinking about a contract. If I come back and play well like I know I'm going to, contract will take care of itself. I'm going to work on my craft and work on my game. That's what I'm worrying about."