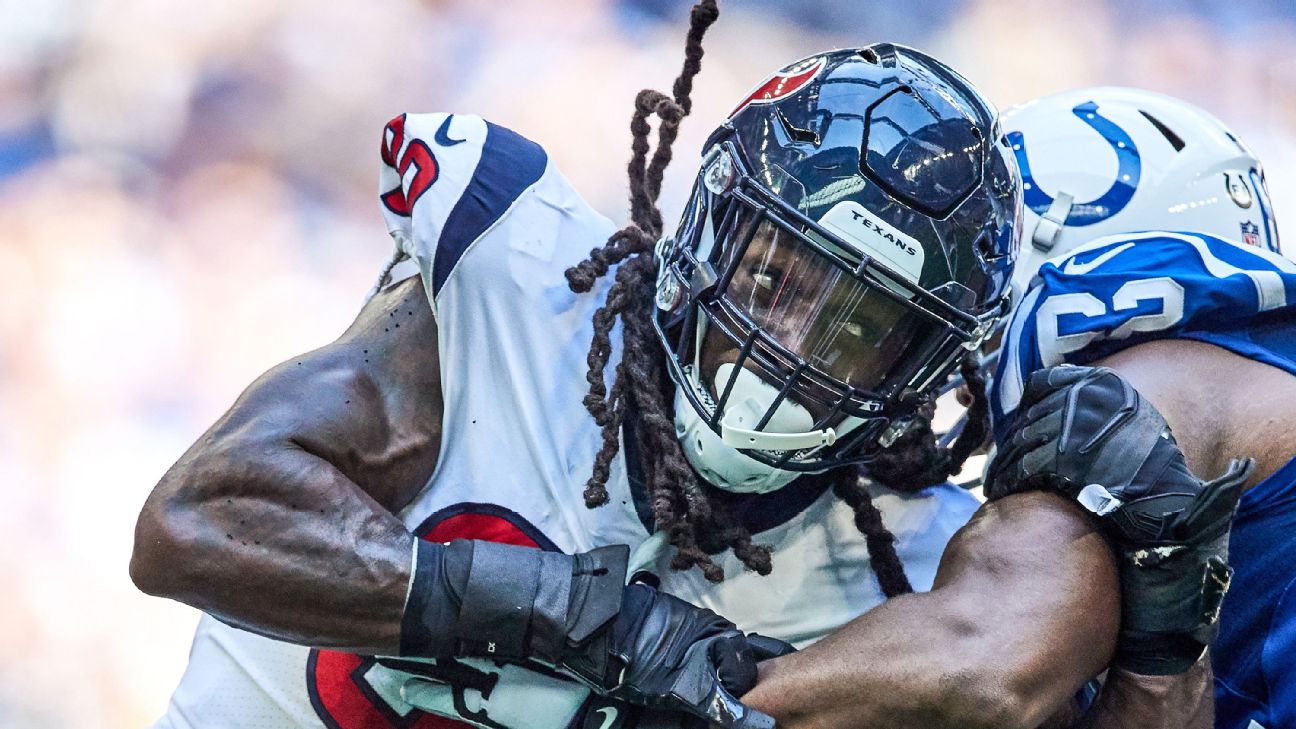 Houston Texans linebacker Jadeveon Clowney did not agree to a long-term deal by Monday's 4 p.m. ET deadline to sign players who have been franchised.

No trade is in the works for him, either, sources told ESPN's Adam Schefter.

Clowney is expected to miss most, if not all, of training camp, as he still hasn't signed his franchise tender, which is worth $15.967 million for the 2019 season.

The Texans tagged Clowney as a linebacker ($15.443 million) rather than as a defensive end ($17.128 million). However, because players receive the higher amount between the tag value or 120% of last year's salary, Clowney is poised to get an additional $524,000 this season. He made $13.306 million, including a $1 million bonus, while playing on his fifth-year option in 2018.

The NFL Players Association is anticipated to file a grievance against the Texans over the position the team assigned Clowney when they used the franchise tag on him, league sources told Schefter.

Clowney, who was named to his third consecutive Pro Bowl last season, finished 2018 with 47 tackles, nine sacks, a forced fumble and a fumble recovery. He also had 16 tackles for loss, which tied for ninth in the NFL last season, and he now has 53 tackles for loss over the past three seasons, which ranks third in the league.

Clowney, 26, the first overall pick of the 2014 draft, struggled with knee injuries early in his career, missing 15 games in his first two seasons. In 2016, he played through wrist and elbow injuries, appearing in 14 games and making the Pro Bowl for the first time. Since then, he has missed just one game over two seasons. 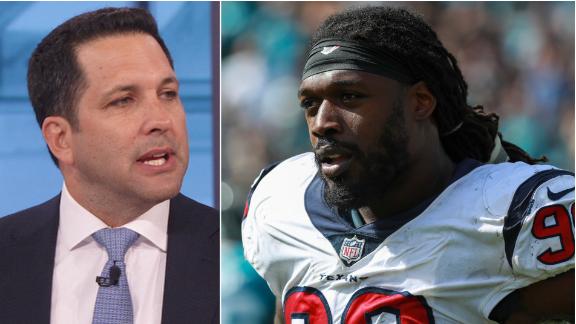