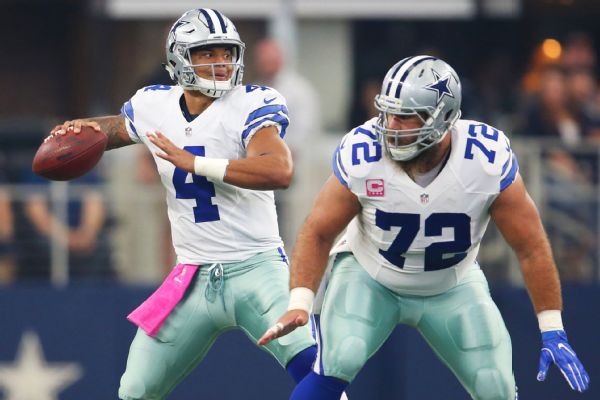 ARLINGTON, Texas -- With a 13-yard completion in the first quarter to Brice Butler, Dallas Cowboys quarterback Dak Prescott established an NFL rookie record with his 135th straight pass without an interception.

Philadelphia Eagles quarterback Carson Wentz saw his interception-less streak come to an end in Sunday's 24-23 loss to the Detroit Lions with a pick on his 135th pass of the season.

Prescott and Wentz had been trading the record in recent weeks.The previous rookie record was 95 by the Cowboys' Chad Hutchinson in 2002.

Prescott said the record doesn't mean much to him.

"Some good fortune goes into that," Prescott said after the Cowboys' 28-14 win over theCincinnati Bengals. "There have been some passes that have been tipped or been in the defender's hand with a shot to intercept it."

Prescott entered Sunday's game against the Bengals with 1,019 yards on 90-for-132 passing with three touchdown passes in the Cowboys' 3-1 start. Tom Brady has the most passes to open a career without an interception (162) in 2000-01.

Prescott moved closer to Brady's record by the end of Sunday's game. He finished the game with 155 consecutive pass attempts without an interception after going 18-of-24 for 227 yards and a touchdown in the victory.

"It's a record. They're meant to be broken," Prescott said of possibly passing Brady. "If I don't break it, then I'm sure someone else will here in some time. It's not something I go into the game thinking about. I allow y'all to have fun with those things."

Prescott still has a ways to go to set the Cowboys' record by any quarterback. Troy Aikman went 216 attempts without an interception in 1999. Aikman had a string of 184 passes in 1995, and Tony Romo had a string of 174 passes without a pick in 2013.

Prescott sets rookie mark for passes without interception
In the first quarter, Cowboys quarterback Dak Prescott rolls out and throws to Brice Butler for a 13-yard gain. It is Prescott's 135th straight pass without an interception, the most by a rookie in NFL history. 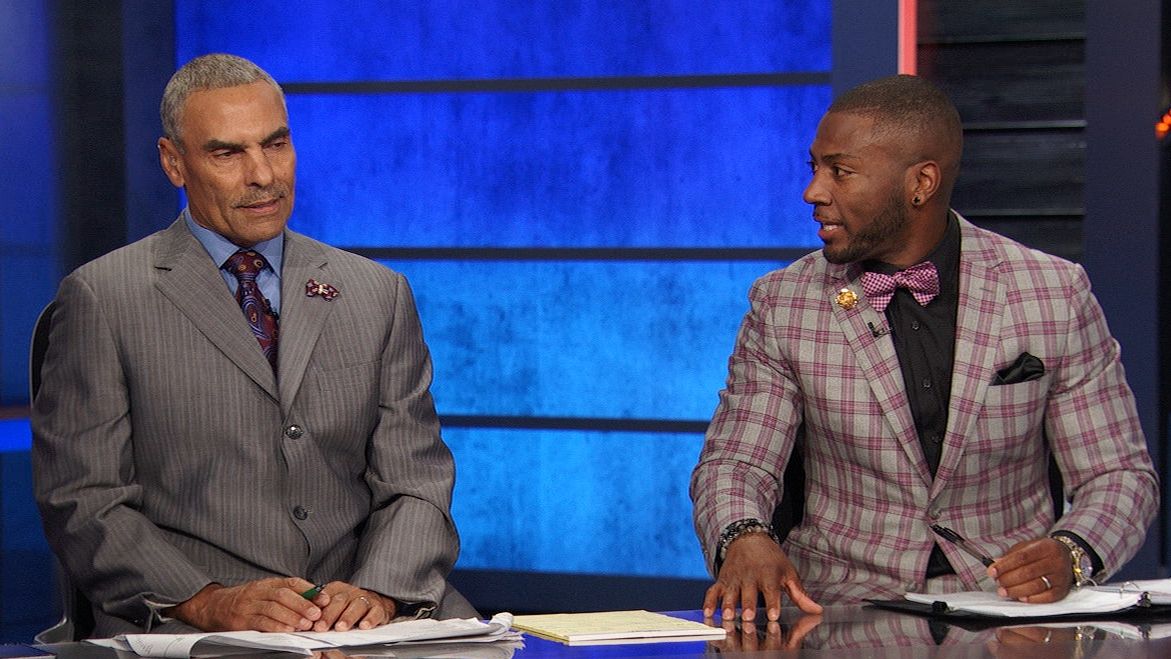