THE WOODLANDS, TX (KTRK) -- The father of a high school football player in a coma says his son is making progress.

Grant Milton, a senior at The Woodlands High School, has been in the hospital since he collapsed during a playoff game in November.

"It's just a journey. We won't really know the extent of the injury and what his capabilities are going to be until he wakes up," Miles Milton said. 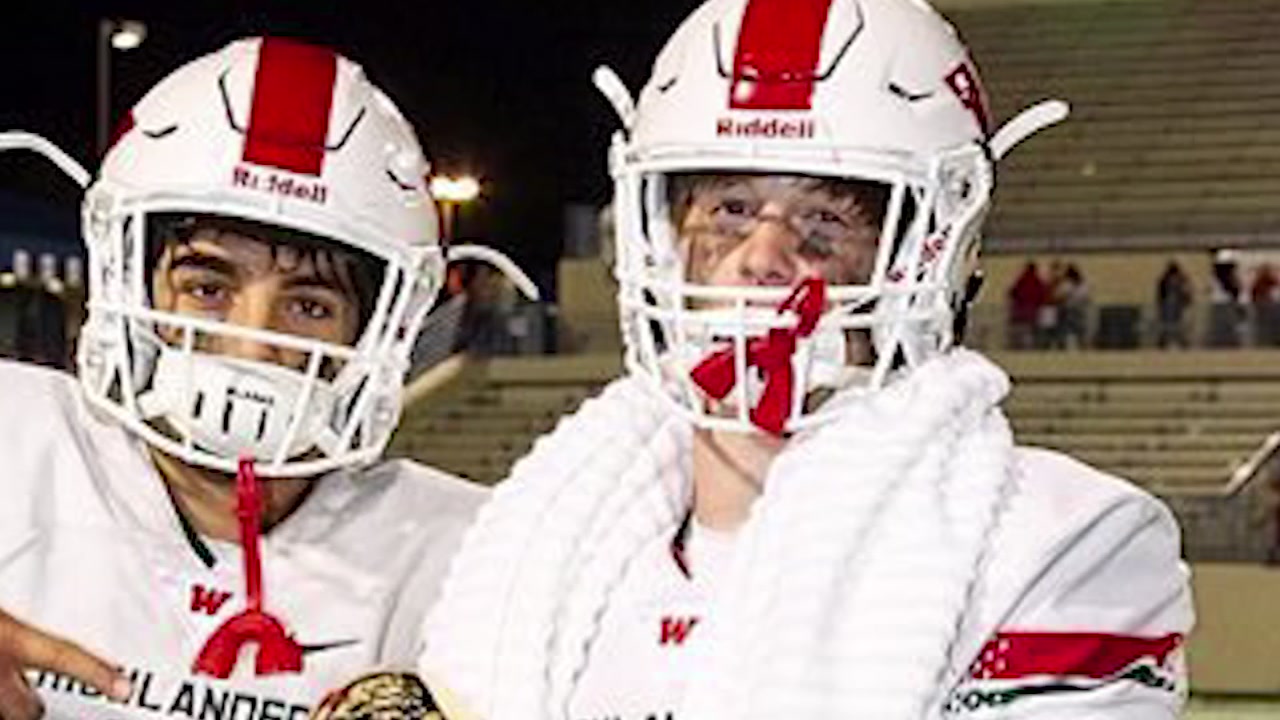 Woodlands player
Grant Milton was transferred to a medical facility in The Woodlands yesterday.

"We just want him back. We know this is going to take time. We know he's got a tough road ahead, we don't know what we're getting back," Miles Milton said. "The personality changes and physical abilities but we want him back."

Miles Milton and Grant's two older brothers take turns with relatives at his bedside. His father Milton said the night he collapsed doctors weren't sure if he'd even make it through the night.

"He's waving to us, smiling and the next moment they are waving me down with urgency," Miles Milton said.

Milton is a standout student athlete at The Woodlands High School where the entire community has been a champion for his recovery, holding fundraisers and vigils. Grant's story has touched so many others from Waco where the game was played to the opponents team in Austin, even the NFL. The Texans own JJ Watt has donated $10,000 to Grant's recovery bills.

"This has become bigger than football, which it should," Miles Milton added. "This has really brought a lot of people closer."

Once Grant wakes up it's not clear what may be ahead but his father is grateful he survived. His greatest response yet was when they played the Highlanders playoff game in his hospital room.

"When they would mention his teammates names or the music from the band you would see his heart rate elevate," said Miles Milton.

Doctors say Grant's youth and peak physical condition should help him. After days at a Waco hospital, he's now recovering in ICU. His father adds his son's drive to succeed should, too.