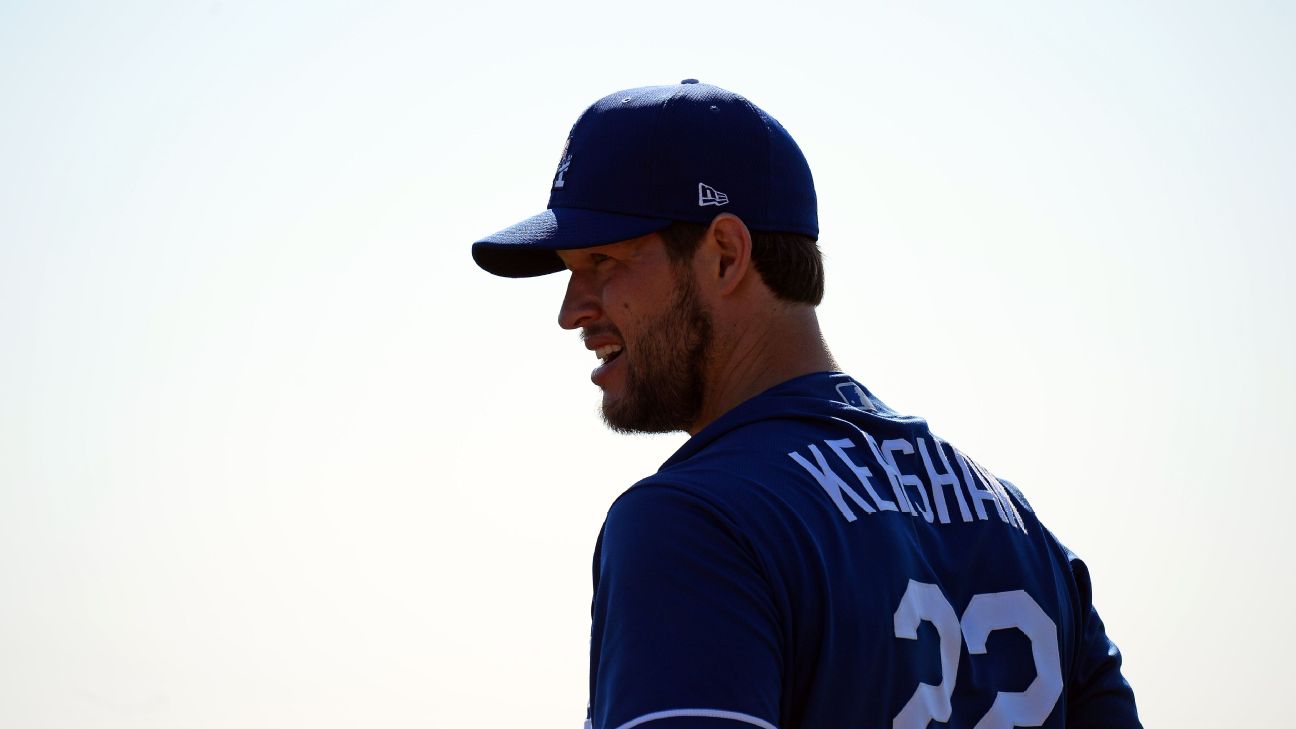 GLENDALE, Ariz. -- Clayton Kershaw is pleased practically everybody in the sport seized the opportunity to tee off on the cheating Houston Astros and MLB commissioner Rob Manfred's handling of the scandal over the past several days.

The Los Angeles Dodgers' veteran ace also believes it's time for baseball to go back to work.

"This type of thing has never happened before, and people are upset by it," Kershaw said Tuesday after the Dodgers' first full-squad workout of the spring. "People feel cheated, and rightfully so. The only thing I will say now is we've got a great season coming up. Everybody is really excited about baseball. Baseball is in a great spot. We've got a lot of incredible players."

Kershaw echoed the vibe around the clubhouse with the team that was among the most damaged by -- and the angriest about -- the Astros' use of illegal methods during their 2017 World Series championship run. The Dodgers haven't cooled down about the revelations, but Kershaw thinks that energy can be channeled into a quest to win an untainted ring in 2020.

MVP Cody Bellinger and Justin Turner ripped Houston and Manfred with equal zeal, while Los Angeles closer Kenley Jansen called it "the worst thing that could have happened to baseball. Worse than steroids, in my opinion."

Three-time AL MVP Mike Trout from the crosstown Los Angeles Angels joined the chorus Monday, and Kershaw was glad to see that, as well.

"To hear that you've lost respect from the best player in the game like that, that hurts," Kershaw said. "I think the message is getting sent loud and clear that this is unprecedented."

Kershaw repeatedly made the point that the players' righteous indignation can serve as fuel to power a loaded team that added Mookie Betts and David Price shortly before camp opened.

Dodgers president Stan Kasten had a simple message when he addressed the team during its morning clubhouse meeting: The Astros' misdeeds are terrible, but that won't help the Dodgers this summer.

"If you look at the last four, five years, we've won more baseball games than anyone in baseball," manager Dave Roberts said. "So it's just the challenge of putting the blinders on, and now it's time to play baseball and get better each day."

Kershaw said the negativity of the atmosphere around the cheating scandal is putting a damper on a typical time of optimism.

Kershaw said he would like to see more headlines about the Washington Nationals, who knocked the seven-time NL West champion Dodgers out of the division series last October. That defeat ended L.A.'s 106-victory season in disappointing fashion, coming off back-to-back NL pennants.

Once the focus turns away from the Astros, Kershaw also hopes to hear more talk about the Dodgers' renewed commitment to winning, particularly with the acquisitions of Betts and Price.

"The Dodgers are doing all they can to win," said Cubs star Kris Bryant, who has also been subjected to trade speculation. "They really want to win, and that's kind of admirable. They're really going for it. They traded away a really good outfielder that really helped their team last year for maybe one year of Mookie Betts, which they saw as a chance to get them a World Series. Good for them. I wish more teams would kind of follow that in terms of really trying to win, go all-in."
Report a correction or typo
Related topics:
sportsespnnewsmlbclayton kershawhouston astroslos angeles dodgers
Copyright © 2022 ESPN Internet Ventures. All rights reserved.
TOP STORIES
Estranged husband shot wife, 4-year-old daughter, mother-in-law
Mayor, HPD chief to update search for 14-year-old's killer
Rainfall projections continue to increase for next week
Fertitta Family College of Medicine named after $50M donation to UH
Here are the top 14 things to do in Houston this weekend
New 53-mile stretch of Grand Parkway opens in both directions
Teens accused of stealing car Katy mom used to comfort son with autism
Show More
NY high court to determine if Bronx Zoo elephant is a person
House passes terrorism bill after shooting in Buffalo, New York
What is monkeypox? What to know after US confirms 1st 2022 case
Ford recalls SUVs due to engine fire risk
Family learned of loved one's death watching Buffalo shooter's video
More TOP STORIES News