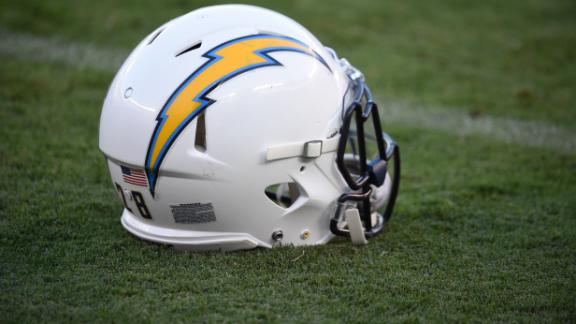 Chargers chairman Dean Spanos was in no mood to reflect Thursday morning after officially announcing his plans to move the franchise to Los Angeles after 56 seasons as San Diego's pro football team.

"I'm looking forward, not backward," he told ESPN in a brief phone conversation. "I spent half my life here. I leave behind a lot of friends and lot of great memories, but life goes on. There are always a lot of changes in life, and we know this is not going to be easy. But we made a decision, we're committed to it, and our family is 100 percent behind it. What's happened has happened."

The Chargers quickly changed their Twitter name and showed off a new Dodgers-like logo, although the team is continuing to use its traditional lightning logo for now.

A source told ESPN's Darren Rovell that the mark appearing on the Chargers' social media accounts is a working logo and has not been approved by the NFL.

Spanos had until Jan. 17 to exercise the option to move to Los Angeles, where the franchise was founded and played one season in 1960. Sources say he vacillated between staying in San Diego and relocating after a ballot measure for a new downtown stadium, coupled with an expansion of the convention center, was voted down 57 percent to 43 percent.

The Chargers understood that the NFL's stadium and finance committees meetings Wednesday were focused on Las Vegas and the Raiders and that San Diego was unlikely to be discussed. Spanos did not expect the meetings to change the playing field, and once the committee meetings ended and fellow owners expressed no appetite for making a contribution beyond the $300 million it had promised, Spanos decided it was best to end the 15-year stadium dance he and local officials had been doing and be the second team in the $2.66 billion stadium that Rams owner Stan Kroenke is building in Inglewood, California.

"For more than a decade, the San Diego Chargers have worked diligently toward finding a local stadium solution, which all sides agreed was required," NFL commissioner Roger Goodell said in a statement Thursday, pointing out that the Chargers delayed exercising the option to move to Los Angeles that was granted a year ago.

"The Chargers worked tirelessly this past year with local officials and community leaders on a ballot initiative that fell short on election day. That work -- and the years of effort that preceded it -- reflects our strongly held belief we always should do everything we can to keep a franchise in its community. That's why we have a deliberate and thoughtful process for making these decisions.

"Relocation is painful for teams and communities. It is especially painful for fans, and the fans in San Diego have given the Chargers strong and loyal support for more than 50 years, which makes it even more disappointing that we could not solve the stadium issue. As difficult as the news is for Charger fans, I know Dean Spanos and his family did everything they could to try to find a viable solution in San Diego."

Arizona Cardinals president Michael Bidwill, who is a close friend of Spanos, said it was a tough decision for Spanos and his family.

"He's spent most of his adult life in San Diego and was part of the community. He really worked hard to get a deal done in San Diego, but I think this is the best decision for him and a great opportunity," Bidwill said. "These new stadiums are really important. This was the best decision for them and for where the franchise will be three years from now, five years from now and in the long term."

Spanos is expected to pay the $550 million relocation fee over 10 years, rather than extend the payments beyond that for an additional $100 million. The club will pay roughly $12 million to buy out its Qualcomm Stadium lease in San Diego, according to one team source, then relocate its training facility to Orange County sometime before July 1, when the lease on its training complex expires.

"Today, we turn the page and begin an exciting new era as the Los Angeles Chargers," Spanos wrote in a letter on the Chargers website.

"L.A. is a remarkable place, and while we played our first season there in 1960 and have had fans there ever since, our entire organization knows that we have a tremendous amount of work to do. We must earn the respect and support of L.A. football fans. We must get back to winning. And, we must make a meaningful contribution, not just on the field, but off the field as a leader and champion for the community."

"L.A. already has more visitors than ever before. The Chargers will make our NFL tradition even richer, and give sports fans everywhere one more reason to be in Los Angeles," Garcetti said. "I congratulate Dean Spanos and the entire Chargers organization, and look forward to the extraordinary contributions they will make to our entire region."

The Chargers will play their home games the next two seasons at the 30,000-seat StubHub Center in Carson, California. They are promoting it as a "one-of-a-kind product" that gives fans an opportunity to be "up close and personal" with players. There is also the belief that it helps differentiate them from the Rams, who often appeared to be playing before a half-empty stadium at cavernous Los Angeles Memorial Coliseum.

The move is considered a financial boon for the Chargers, but perhaps it was fitting that rain fell over the city on the morning of the announcement. In virtually every poll of Angelenos -- official and informal -- the Chargers were ranked as the least desirable of the three teams seeking to relocate to the market last year, trailing the Rams and Raiders. Management knows it will be a challenge to establish its roots in the community, which speaks to its planned marketing slogan: Fight for L.A.

Spanos is intrigued by the idea of rebranding the team in Los Angeles but currently has no plans to do so. In the meantime, the organization will seek to reach out to fans in San Diego as well as Los Angeles.

"You have people that have been fans of this team for 55 years, and they now will be able to go into a stadium worthy of the support that they've given," said New England Patriots owner Robert Kraft, another close friend of Spanos. "The team is still within the geography that will allow the fan base to attend games. I personally wish [the stadium] had been in downtown San Diego, but the powers that be didn't want to cooperate. Dean's family was willing to commit nine figures of capital and just couldn't get the cooperation.

"In one sense it's sad, but in the other it's nice that it's still close by and true fans will be able to support the Chargers." 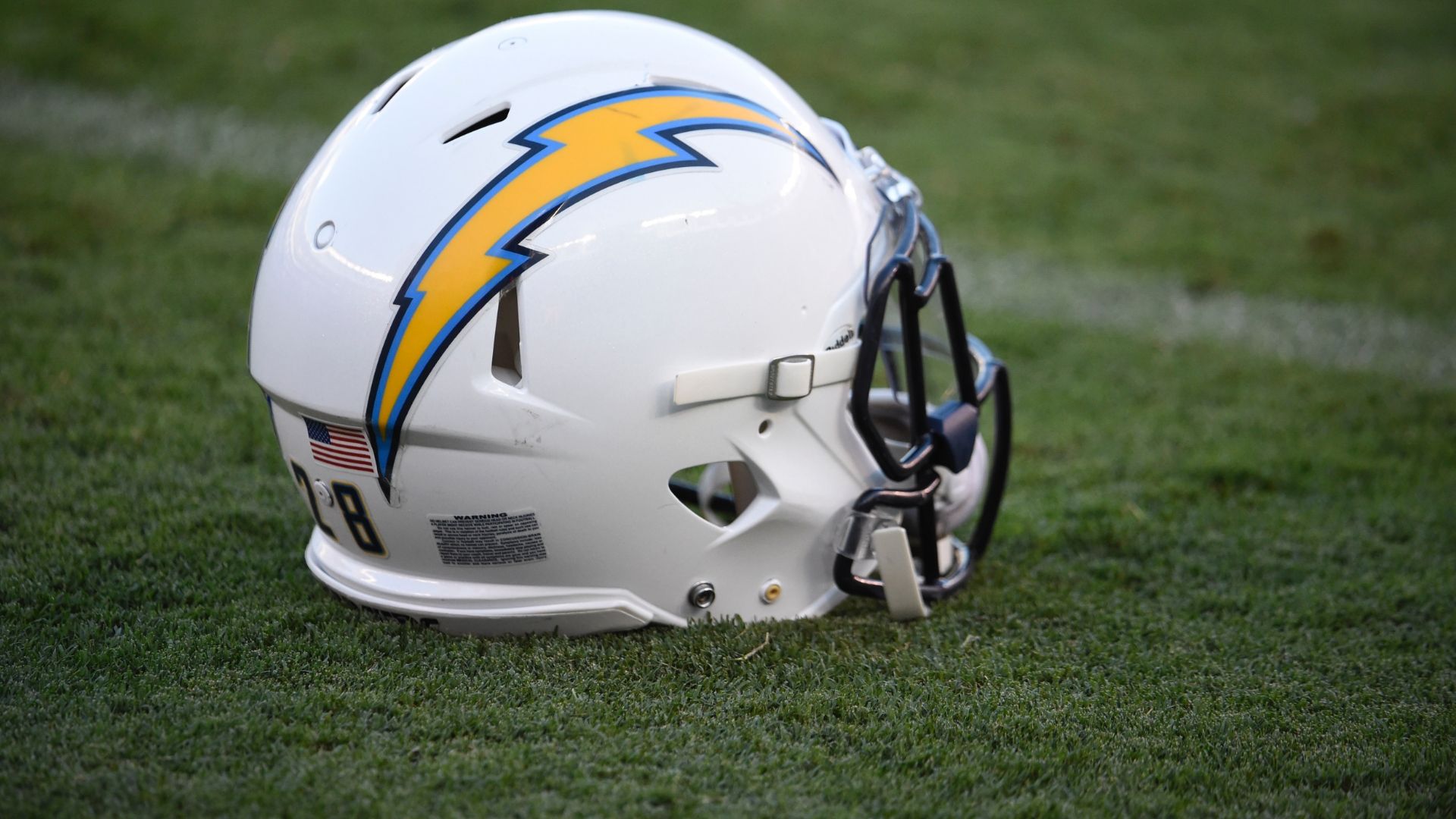 Chargers have to fight to show they belong in L.A.
Jim Trotter talks about the Chargers' plan to move the franchise to Los Angeles, how it will be received in the market and the reaction of the other team owners. 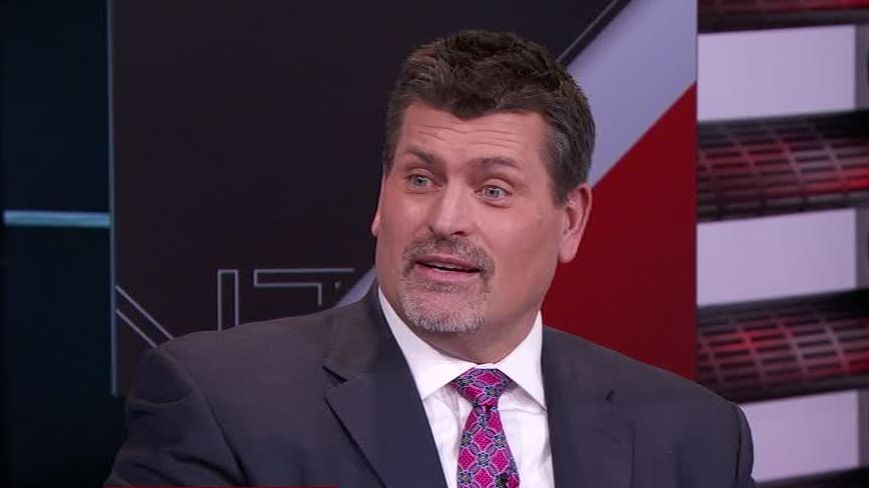 Tough day to be a San Diego Chargers fan
Mark Schlereth and Tedy Bruschi react to the announcement that the Chargers will move from San Diego to Los Angeles. 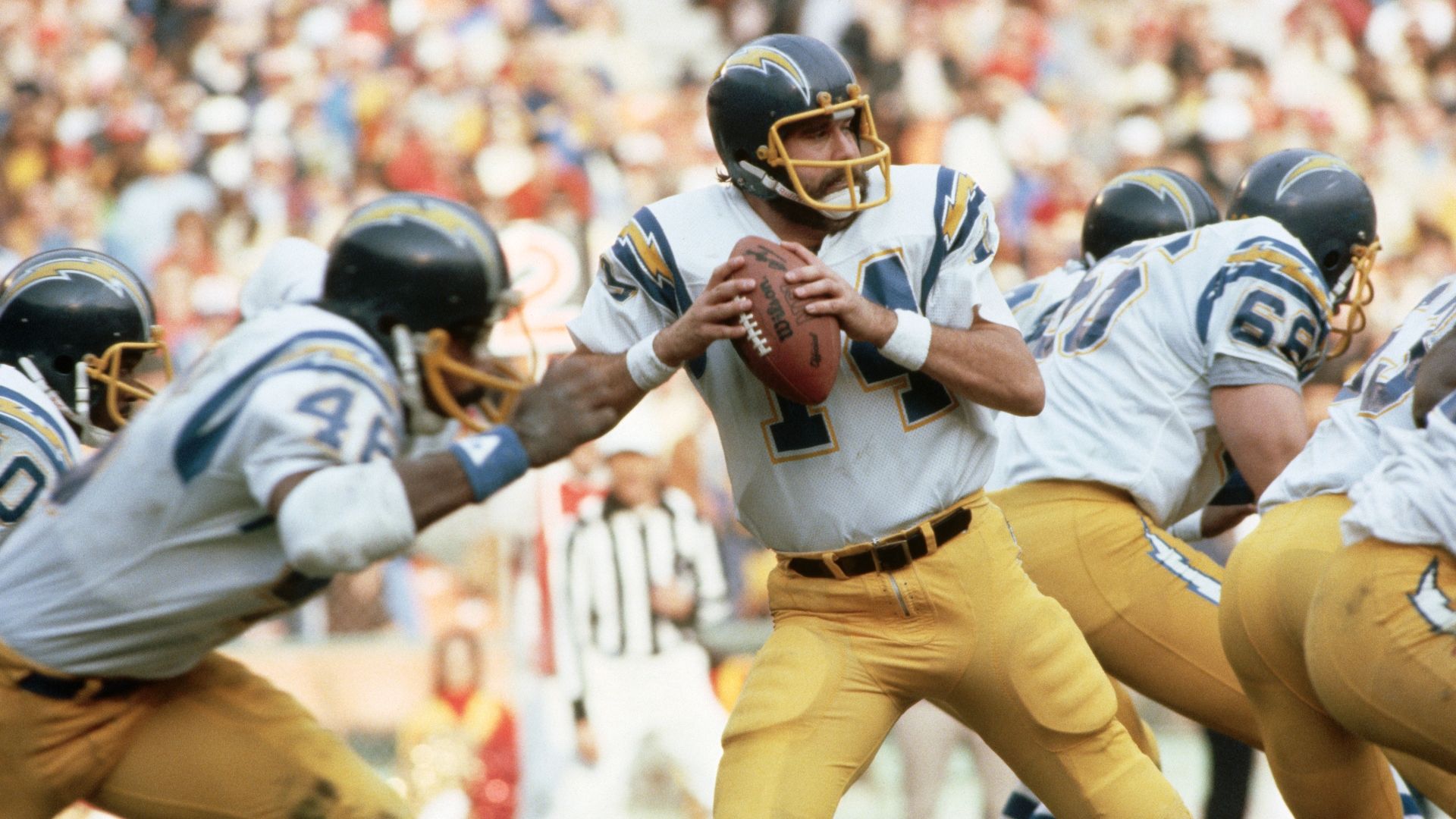