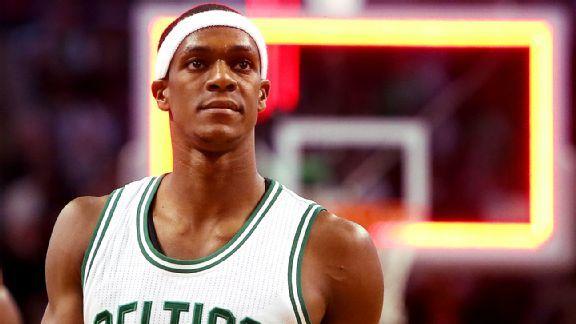 The Boston Celtics, after years of flirting with potential Rajon Rondo deals, are in substantive discussions on a trade that would send Rondo to the Dallas Mavericks, according to league sources.

Sources told ESPN.com that the Celtics and Mavericks have been discussing a swap that would furnish Boston with multiple draft picks -- including at least one first-rounder -- as well as blossoming Mavericks center Brandan Wright and other players needed to make the salary-cap math work.

The Celtics also have been talking to teams such as the Sacramento Kings, New York Knicks, Los Angeles Lakers and Houston Rockets about potential Rondo deals, according to sources, but the most advanced discussions have been with Dallas.

The Lakers recently offered the Celtics multiple draft picks -- including a future first-rounder -- and point guard Steve Nash, who is in the final year of a contract that pays him $9.7 million, sources told ESPN's Ramona Shelburne. Nash has been ruled out for the season with a back injury, and the majority of his salary is being paid by insurance. Lakers star Kobe Bryant was photographed having breakfast with Rondo when the teams played in Boston on Dec. 5. While both described that meeting as purely social, sources told ESPN at the time that the Lakers had interest in Rondo when he becomes a free agent this summer.

Because Rondo is in the final year of his contract (at $12.9 million), sources say any team that can come to terms on a trade with Boston likely will request permission to confer with Rondo and his representatives to get his input on the destination, giving them a level of influence into where he might be dealt.

It remains to be seen whether Celtics general manager Danny Ainge will continue to shop for offers or jump on the assets Dallas is offering in exchange for the mercurial point guard, knowing that he could leave Boston in the summer without the Celtics receiving any compensation.

During his weekly call to Boston sports radio WBZ-FM, Ainge said Thursday that his philosophies on how to return the Celtics to contender status haven't changed, even as Rondo's re-emergence in trade rumors runs counter to Ainge's insistence that the team sees Rondo in its long-term future.

"Listen, my job is to look at all the different ways and pathways for us to be a championship team," Ainge told the Toucher & Rich morning show. "This is the time of the year that there's a lot of talking and calling that's going on. Part of my job is to explore the variety of ways there are to get us to our next championship. And that's all we're trying to do -- just build a winner."

Ainge was asked what this season's Celtics roster might be capable of if Rondo wasn't on the team.

"I don't know. That's a good question," Ainge said. "Rajon has been a big part of our team, not just this year but for the past years, as we know. We haven't really seen what [rookie guard] Marcus Smart has been able to do yet because he hasn't been healthy; he's got such a shortage of minutes and opportunities to play with the ankle sprain. So it's a good question. I don't think any of us know the answer to that."

Rondo shrugged off the latest trade talk Wednesday night after Boston's 109-92 win over the Orlando Magic.

Rondo, while maintaining that his preference is to continue his career in Boston, has left little doubt in recent months that he intends to test the market as a free agent in July as opposed to signing an extension with the Celtics. However, sources say Dallas, amid growing concern about its point guard play and sensing the opportunity to acquire a topflight player it has coveted for some time, is confident it could win over Rondo for the long term if trade terms can be finalized with the Celtics.

If a trade comes to fruition, Rondo would join Dirk Nowitzki, Monta Ellis, Tyson Chandler and Chandler Parsons in a high-octane starting five.

The risk for Dallas is that Rondo could leave town in free agency in the summer if he is determined to move on or can't come to terms on a new deal with the Mavericks. That scenario could burn the veteran-laden Mavs, given the multiple quality assets they would have to sacrifice to get him.

Although the Celtics have been insisting since the season began that they aren't actively looking to move Rondo, Dallas and Houston are among the teams that have been chasing him for some time. It's believed that the Mavericks are pressing the issue earlier than expected in the season to give Rondo more time to settle in.

The Mavericks began the season with the challenge of integrating two new major pieces in Parsons and the returning Chandler, but concerns have developed through the first quarter of the season about the lack of a topflight floor leader and shot creator to set up the many weapons at the disposal of coach Rick Carlisle.

Mavs Front-Runner To Land Rondo
ESPN's Marc Stein breaks down the details of the Mavericks' talks to acquire Rajon Rondo from the Celtics.