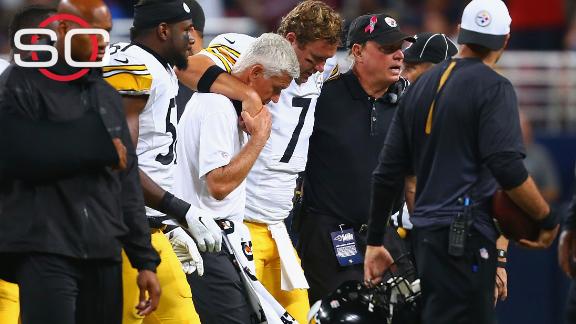 PITTSBURGH -- Ben Roethlisberger entered the Steelers locker room with crutches, a Titleist golf hat and an upbeat attitude. But he is bracing for a painful return from a sprained MCL and bone bruise in his left knee.

"You guys know me, I can deal with a lot of pain -- this is pretty painful," Roethlisberger said Tuesday morning, two days after taking a hit from St. Louis Rams safety Mark Barron in the third quarter of a 12-6 win. "Trying to drink my milk, get back as fast as I can."

Roethlisberger knows his patience will be tested in the next few weeks. He's so eager to see the field that he is negotiating with coach Mike Tomlin to be on the sideline Thursday night. Apparently Tomlin has a no-crutches-on-the-sideline rule.

"It's already frustrating," Roethlisberger said. "I want to be out there with my guys. We'll have to be smart. We don't have a timeline right now. Maybe that's the best way to keep yourself from getting too anxious to get out there."

Roethlisberger will not need surgery.

The Steelers will start Michael Vick on Thursday against Baltimore. Roethlisberger's expectation for Vick: Be the best he can be.

Steelers players say they expect the offense to look the same, though Roethlisberger wonders if the staff will insert a few wrinkles to utilize the athleticism of Vick, who's "a way better runner than I am," he said. The Steelers offensive line is athletic enough to handle a moving pocket to accommodate Vick, Roethlisberger said.

"We brought [Vick] in here for a reason," Roethlisberger said. "He's got a lot of experience. He's got a good group around him here. Everybody's got to do their job. We'll be just fine ... He's helped me and I'll continue to do what I can to help him."

Roethlisberger originally thought he broke his left leg after the hit, but the pain came from bones "smacking together" as a result of the bruising, he said.

A league source told ESPN's Ed Werder on Tuesday that Barron is not expected to be fined for the hit.

A four-week timeline would set the stage for a Nov. 1 return against Cincinnati. Has Roethlisberger glanced at the schedule to set a personal goal for a return date?

"Yeah, Thursday," Roethlisberger said with a smile. "We have to be realistic and see where we go."

Roethlisberger will have to play with a brace upon return. Roethlisberger told team doctors he'll wear one for a couple of weeks but might stop after that.

Roethlisberger: It's frustrating, I want to be out there with my guys
Ben Roethlisberger discusses his injury and when he could return to play for the Steelers. 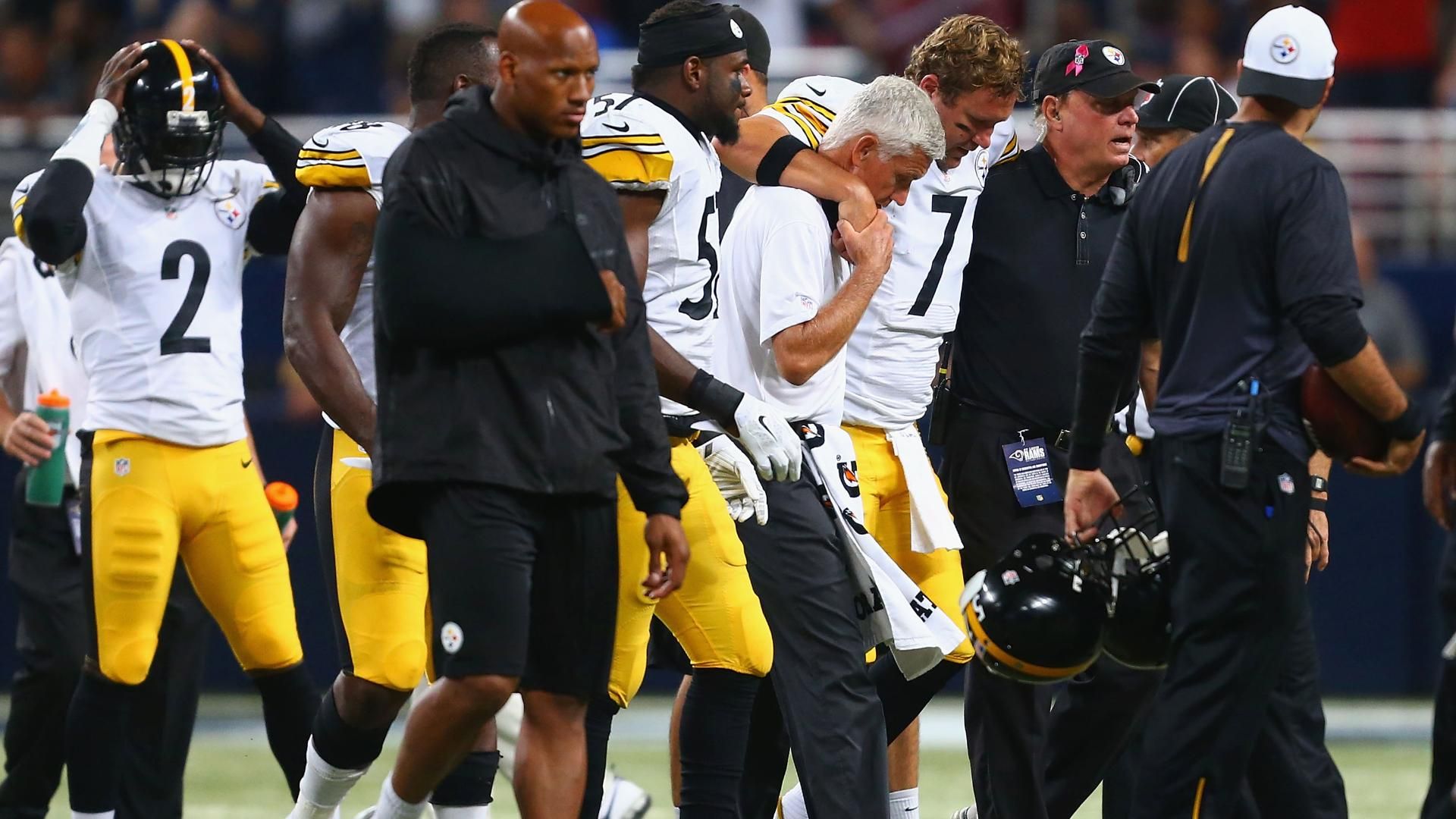