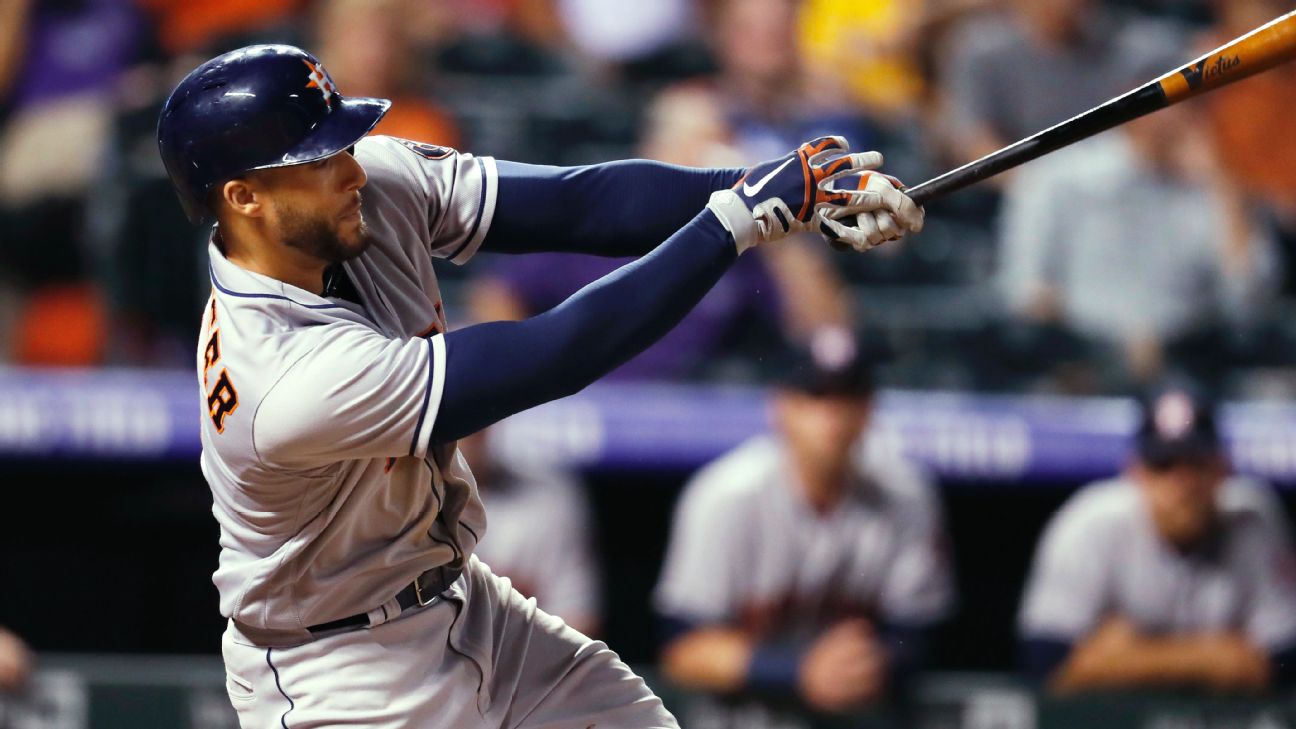 ESPN
HOUSTON -- Ask Houston manager AJ Hinch to name the best thing about George Springer and he rattles off a laundry list of qualities he admires in the outfielder.

When he finishes that list, he adds a final thought.

"I'm not sure there's a perfect player," Hinch said. "But he's pretty close."

Last year's World Series MVP hit three homers during a sweep of Cleveland in the AL Division Series, and the Astros look for him to keep delivering as they prepare for Boston's powerful lineup in the AL Championship Series beginning Saturday.

"There's nothing not to like about Springer," Hinch said. "His makeup's good, his effort's good, his competitiveness is off the charts, he's happy when he comes to the ballpark every day, blends in well with all aspects of the clubhouse."

Springer's three homers are tied with Yankees slugger Aaron Judge for the most this postseason and his six hits rank third in the playoffs. It's a continuation of the work he did in helping the Astros to their first World Series title last season.

In 2017, Springer hit six homers, five doubles and drove in nine runs in the postseason. Most of his damage came in the World Series when he hit five homers.

The leadoff man came one shy of the MLB record when extended his streak of postseason games with a home run to five with a solo shot in a win over the Indians in the ALDS opener. He didn't homer in Game 2, but made up for it by connecting twice in Game 3 to help the Astros complete the sweep.

Springer tries not to get too wrapped up in statistics, but knows what people expect in October.

"This is a result-oriented time of the year," Springer said. "But for us it's about doing anything that you can for the team. So just sticking with that mentality."

Springer's teammates rave about what he does on the field and the attitude he brings to work every day.

"Unbelievable teammate, unbelievable player," third baseman Alex Bregman said. "Stepped up huge for us last year and then is stepping up huge for us now. Definitely fun to be on his team. He loves to compete and do anything to help the team win. We love George."

A two-time All-Star, Springer was the 11th overall pick out UConn in 2011. He made his debut in 2014 and since then has become one of Houston's most consistent and dynamic players, part of a young core that helped the Astros morph from league laughingstocks to World Series champions in just a few short years.

Springer hit a career-high 34 home runs last season and had 22 this year. It's the type of power rarely seen in a leadoff hitter, but his pop combined with speed has been a great combination for the Astros.

He believes the experience this team gained in capturing the franchise's first title last year will help the Astros as the get deeper into this postseason. Springer also thinks Houston's success last year has given the team a certain calmness this season no matter what challenge it encounters.

Springer is rarely seen without a smile and you can often find him cracking jokes to his teammates or dancing around the clubhouse. Despite the importance of the situation, he believes it's important to remember that even though the stage is much bigger, they're simply playing the game they love.

"This is obviously a game where the higher up you go the harder it gets so you want to try to make things simple," he said. "You want to try to have as much fun as you possibly can and just enjoy it and try to keep yourself and other guys loose."
Report a correction or typo
Related topics:
sportsespnalex bregmanaj hinchgeorge springerhouston astros
Copyright © 2020 ESPN Internet Ventures. All rights reserved.
More Videos
From CNN Newsource affiliates
TOP STORIES

Tomball teacher accused of threatening principal with a gun