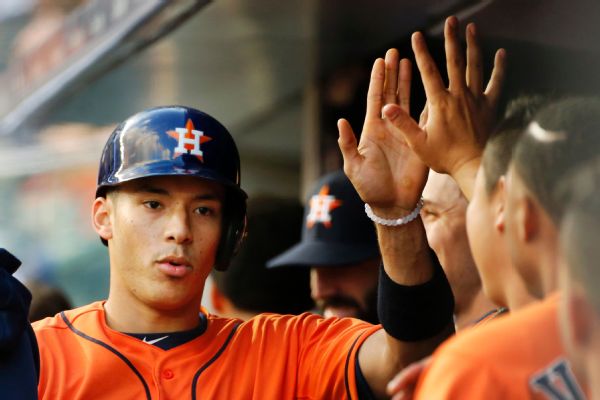 Houston Astros shortstop Carlos Correa isn't interested in signing a long-term deal at this point in his career, according to his agent.

For the second straight season, the Astros renewed Correa, who is making the major-league minimum of $535,000.He signed for a nearly $5 million bonus more than four years ago when he was drafted, and although he is still two years from arbitration and five years from free agency, his age matters. At just 22 years old, he could reach free agency after his age-26 season.