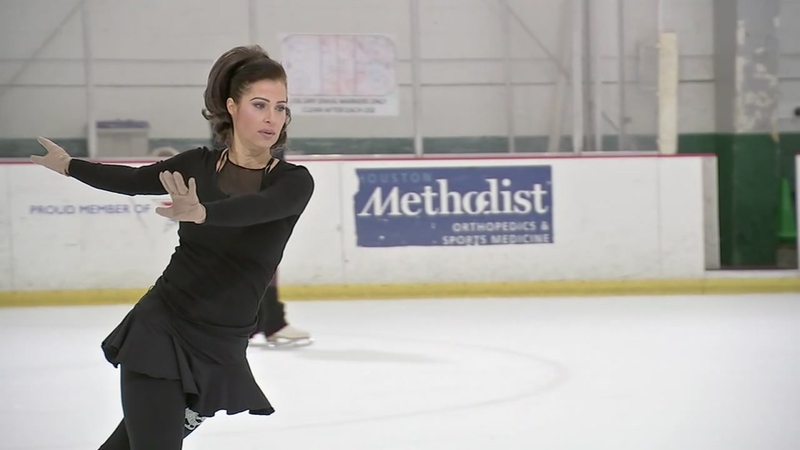 MONTGOMERY, Texas (KTRK) -- Watching her gracefully glide across the ice, it's hard to believe less than a year ago, doctors told Alexandra Hicks of Montgomery that skating would be impossible.

"I got diagnosed with cancer and I took care of that and about five years into being cancer-free, I started coming down with some really weird symptoms," she said.

Hicks was diagnosed with multiple auto immune diseases. She figure skated most of her early life and missed the feel of the ice.

Despite the fact that she's 45 years old, hadn't skated in 20 years, and suffers from chronic fatigue, Hicks decided to take a chance.

"You really don't know what you're capable of until you actually go and try to do it," she said.

In the past eight months, Hicks has relearned how to spin and jump. She's competed around the state and is now working toward entering the U.S. Figure Skating national competition.

"It's something I've taken from this experience of working with Alex," explained her coach Kaitlyn Fallowfield. "Just watching her push every day and keep going and having a nice positive lifestyle."

Though some days, Hicks still faces some challenges.