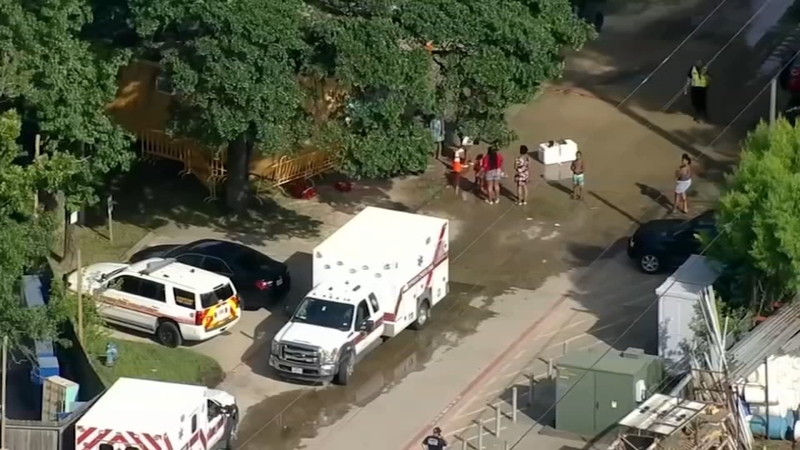 SPRING, Texas (KTRK) -- Thirty-five more families have reached out to one law firm seeking legal action against Splashtown regarding a chemical spill over the weekend.

A Houston mother filed the first lawsuit with Potts Law Firm on Monday, and now, others are quickly following suit.

Tonya Gordon and her husband, who are both from Deer Park, are in the process of suing the water park after taking their two children over the weekend.

They went to celebrate their 11-year-old son starting junior high soon. However, they didn't expect their celebration to take a twisted turn.

Gordon was in the kiddie pool on Saturday afternoon with her almost 1-year-old daughter when they were told to quickly get out.

The mother who is suing Splashtown appeared before a judge today. New tonight, I learned that 35 more families have reached out to just that same firm to pursue legal action and more lawsuits will be filed the next few days. Hear from one mother coming up on @abc13houston at 6! pic.twitter.com/0QgC4gTGln

Gordon and her family went about their day, not knowing they had just been exposed to chemicals.

"We saw police officers blocking off the pool, and we thought maybe someone got hurt," Gordon said. "So we went to the wave pool."

It wasn't until hours after they left, and her daughter broke out in a fever, that she saw there was a chemical spill on social media.

"We had been sitting in those chemicals for hours," Gordon said.

They went to the hospital to get decontaminated. She said her family wore the contaminated clothing for hours, and believes that could have been avoided if someone at the park told them what was going on.

She and her husband are both in the process of filing a lawsuit.

"We felt betrayed," Gordon said. "They could have stopped us at the door and said, 'Let us check you out. Let us look at you.' Nothing was said to us."