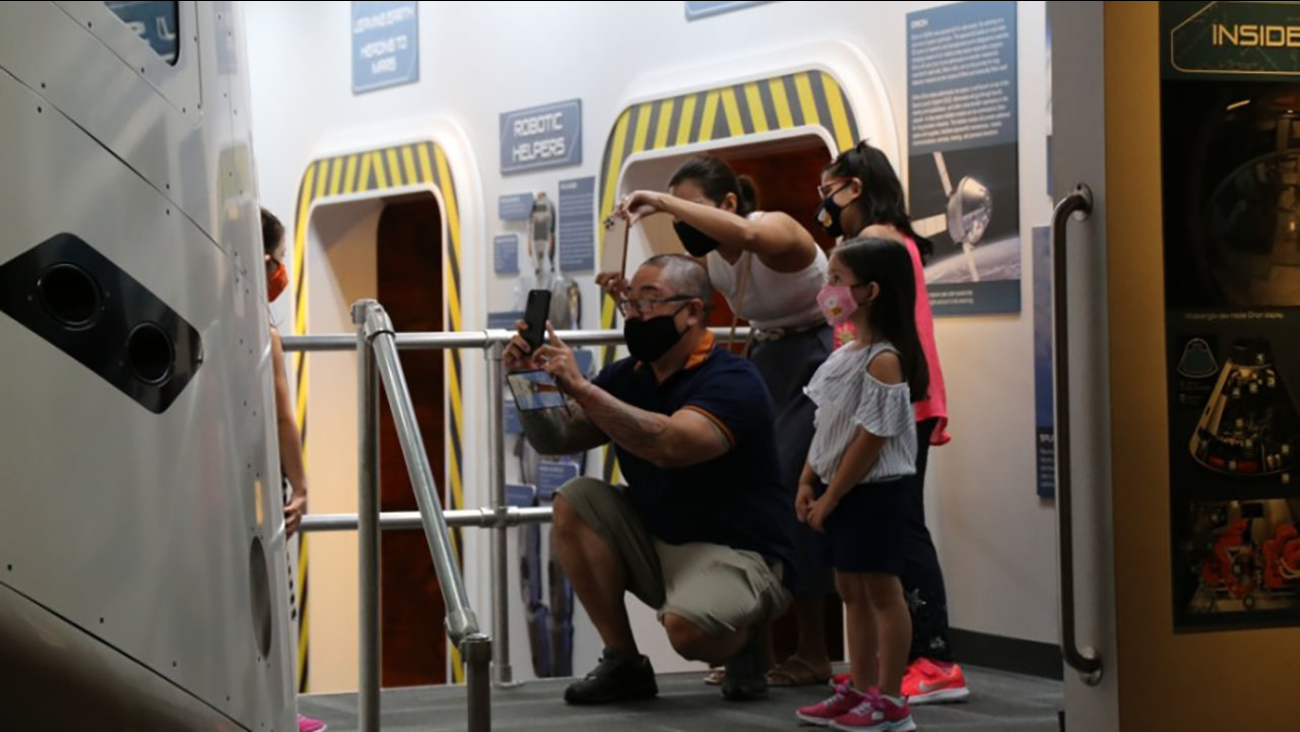 Fifty years ago, when the Apollo 13 astronauts were on their way back to Earth after having abandoned their mission to land on the moon due to an oxygen tank problem, many wondered if the crew would make it back alive.

But for Mission Control at Johnson Space Center in Clear Lake, failure was not an option. On April 17, 1970, millions watched television broadcasts of the crew safely splashing down in the Pacific Ocean.

Earlier this year, Space Center Houston, one of the Houston area's most popular museums, planned a celebration around the historic mission.

The COVID-19 pandemic changed those plans. While Space Center Houston officials were looking forward to the museum's best year yet, the coronavirus shut it down for months and put a damper on events.

However, while the museum is still open only at a limited capacity, officials used the pandemic to implement some immediate changes and focus on long-term improvements, Chief Operating Officer Mary Baerg said. For instance, Space Center Houston has conceptual plans to turn woodlands behind the museum into lunar and Mars yards where astronauts could train how to live on the surface of the moon and the red planet, and guests would be able to experience the training themselves.

Like those involved with Apollo 13, failure was not an option for Space Center Houston during the pandemic.

"We know who we are and where we're going, but how we have to get there now has definitely changed," Baerg said.

"We redesigned the guest experience while we were closed," Baerg said. "We were busy."

The first difference is noticeable before even stepping inside. Outside, there is a concierge desk where staff members check bags and give guests reminders before taking souvenir photos, said Meridyth Moore, the communications supervisor for the museum.

Inside, the traditional turnstiles guests would use to enter the museum have been replaced with touchless ones. Guests scan bar codes on their phones for the turnstile to enter, minimizing contact with surfaces, Moore said.

Normally, Space Center Houston's center plaza would host an exhibit that is cycled out every few months. Staff retired such exhibits for the time being, giving guests more space to move.

"You normally have seen a lot of high-touch ... exhibits," Moore said. "In our closure, we decided to remove and not have the summer one be installed."

The remaining exhibits have one-way entrances and exits, and floor markings of astronaut footprints remind guests to stay 6 feet apart when waiting in lines.

COVID-19 allowed museum staff to streamline the tram experience. Normally, guests would have to wait in long lines to board the tram for a visit to Rocket Park or Johnson Space Center. Now, guests sign up for a specific time to ride the tram and are notified on their phones when their tram is boarding, allowing guests more time to peruse the museum, Moore said.

Additionally, the museum is limited to 25% capacity, and guests can sign up for a specific time to come to the museum so not everyone shows up at once, Moore said.

Many innovations were planned before COVID-19 and expedited due to the pandemic, and others were born from needs the pandemic created, Moore said.

"It's really been ... a time where we decided we had to make the best out of these situations," she said.

In response to COVID-19, Space Center Houston was closed from March 15 to July 17. The closure contributed to the economic downturn the Bay Area experienced, Moore said.

While there is no data yet available of how the museum's closure and limited capacity have affected nearby restaurant visits and hotel stays, the effect is apparent, Moore said.

"Visitors come down here, and they put heads in beds, and they dine and whatnot, and with COVID-19, things have definitely been reduced," she said.

"What attracts visitors here is you get to see where astronauts train. You see real space hardware," he said. "And space is one of the great frontiers in human imagination."

In 2019, Quanticon, independent researchers from the University of Houston-Clear Lake, released a report detailing the museum's 2018 economic effects on the area.

The report states the museum had a $118.7 million impact on the area's economy, including $84.7 million on the tourism industry, $18.9 million on local restaurants and $11.1 million on hotels with over 94,100 annual hotel stays attributable to the museum. Additionally, over 1,700 jobs are attributable to Space Center Houston, and it generates $3.5 million in tax revenue for state and local governments, according to the report.

"Space Center Houston helps drive home the reality that Clear Lake has become one of the Houston region's key tourism meccas," said Dan Seal, the executive director of economic development for Bay Area Houston Economic Partnership. "It's a cool factor that other cities just don't have, and we're proud of that, and we sell that as part of the Bay Area Houston experience."

Quanticon also released an economic study for the museum in 2015. The 2019 report showed a 63% increase in total economic impact and an 85% increase in local area jobs compared to the 2015 study.

Seal said before the pandemic, the Bay Area saw a boom in hotel activity in the last three to five years, at least part of which can be attributed to Space Center Houston's growing popularity.

"It's very important to our area, and we're so fortunate to have it," Seal said.

Before COVID-19, the museum was projecting over 1.2 million visitors for 2020. Up until March, Space Center Houston was on track to have its best year of attendance yet, but the pandemic nixed those plans.

As of Oct. 3, the museum had seen 264,668 visitors this year, 92% of whom are from the United States. That is 30% of the number of visitors museum officials had projected before the pandemic to have by that time for 2020, Moore said.

However, the center is used to plateaus. Attendance dropped off in 2017, when Hurricane Harvey hit, and in 2011, the year of NASA's last shuttle mission. The coronavirus pandemic is no different, and the museum's goal is still to reach 2 million annual visitors, Harris said.

Space Center Houston has already innovated during the pandemic, using NASA as inspiration.

"NASA is all about inspiration and inspiring during challenging times. That's what NASA does so well," said Baerg, noting Space Center Houston wanted to similarly be a place where guests could still be amazed despite the pandemic.

While there is no central exhibit in the main plaza, there is a new exhibit Space Center Houston staff have put together called "Mission: Control the Spread." The exhibit shows the way NASA is using technology and research to address COVID-19.

"That's one way we decided we'd be able to add to the conversation," Moore said.

Additionally, just before closing, the museum opened an outdoor exhibit of a flown Falcon 9 rocket from commercial aerospace company SpaceX.

But Space Center Houston is already thinking beyond the pandemic.

Behind the museum are 48 acres of woodlands. The museum has a potential plan to turn the land into Mars and lunar yards, Moore said.

Both yards would allow guests to train how to operate robots and perform other tasks as if they were living on Mars or the moon, which astronauts will actually be doing in the coming years. The yards would be the first time the museum, which sits on Johnson Space Center property, could provide training space for astronauts, as Johnson Space Center is running out of adequate room to train astronauts, Moore said.

Additionally, a potential astronaut training course would allow guests to experience what it is like to train like an astronaut and see if they have what it takes, Moore said.

"It's the most unique future experience ... here on the grounds you'll be able to get anywhere. We know no one is doing anything like this," she said.

Other long-term goals include creating an entrance to the museum at Rocket Park and building a sky bridge allowing residents to travel between the museum and the park without needing to take the tram, Moore said.

It is unclear when Space Center Houston will return to normal operations and see the over 1 million guests who were visiting annually before the pandemic began. But the museum is doing what it can to improve the guest experience while thinking ahead, Moore said.

"We're looking ahead not only through what 2021 looks like," she said. "We still have to keep our eye on the future." 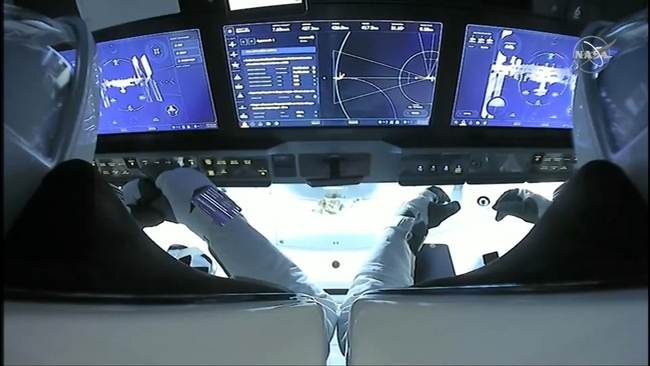 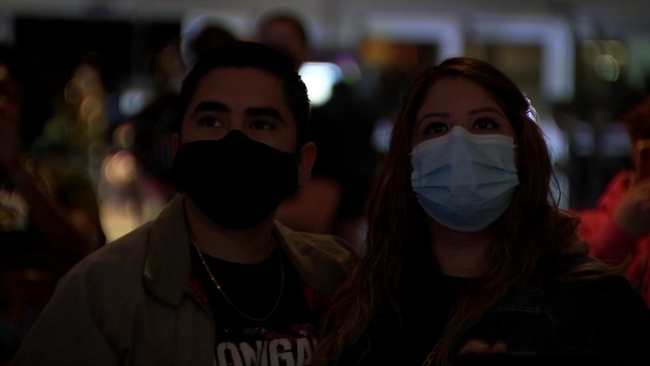 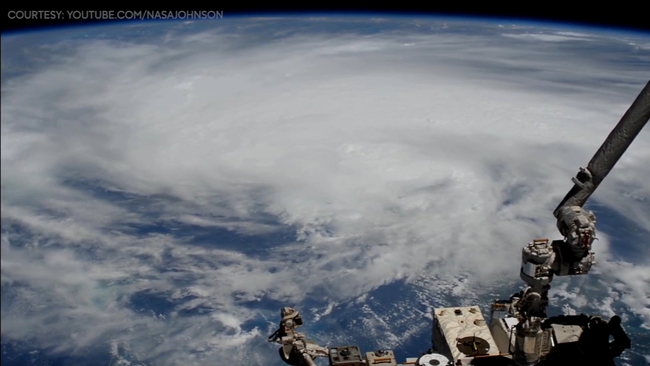