Police search for gunman after shooting in SW Houston 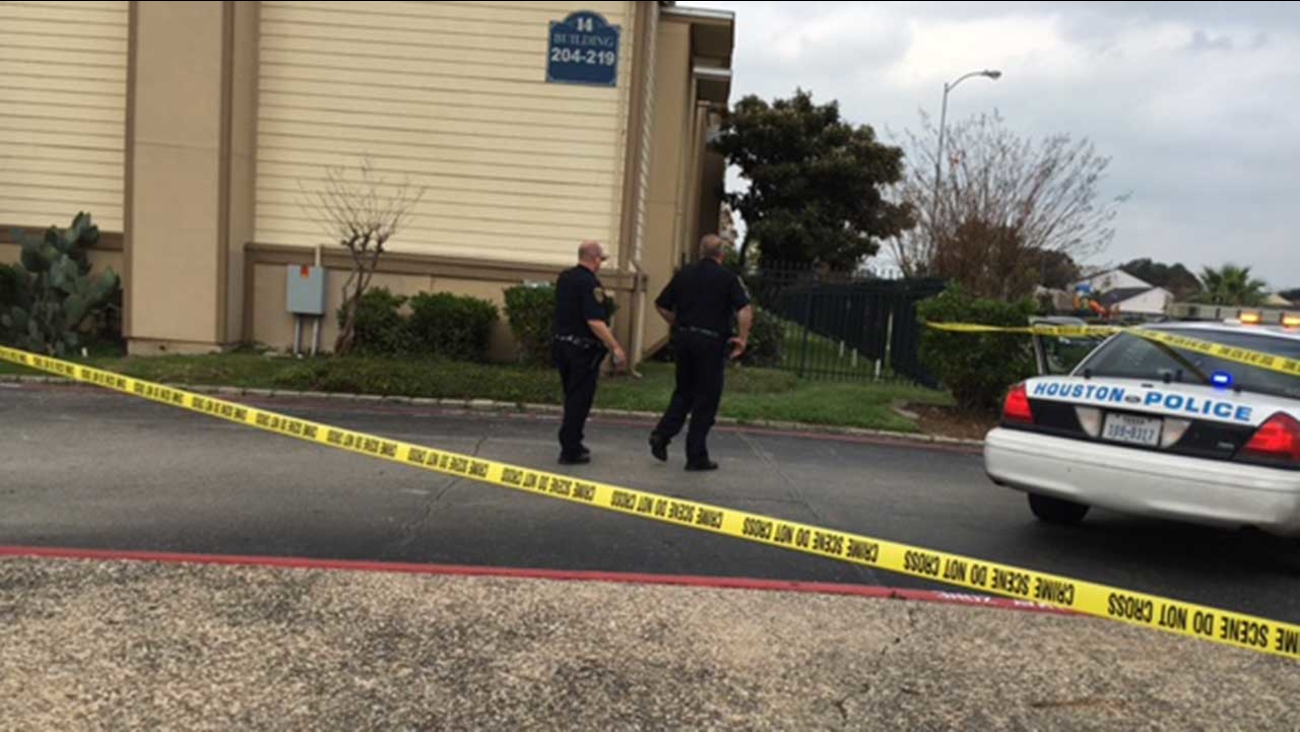 HOUSTON -- Police are looking for the person who shot a man, found after he collapsed outside a southwest Houston apartment complex.

Officers found the wounded man in the parking lot in the 7900 block of Corporate just before 1:30pm Thursday. They were headed to a call two blocks away but stopped when they saw fire and EMS crews tending to the victim.

"I heard the gunshot. Yeah, about two or tree times," said nearby resident Vincent Akinssete.

Akinssete admits that at the time, though, he didn't think the sound was anything more than firecrackers.

Police aren't saying or can't say yet what led up to the shooting. They are looking for a gunman but at this point are unable to give a description.

The victim was rushed to the hospital but is expected to survive.
TOP STORIES
51-year-old on the run as suspect in corporal's ambush killing
Sergeant was to walk daughter down aisle until his hit-and-run death
Drying out but staying cool this week
Texas among states suing Google over claim it's misleading consumers
Man accused of stabbing K-9 in The Heights now charged
'We knew something big exploded': ABC13 recalls moment of Watson blast
2 adults killed and 12-year-old hurt in crash with speeding tow truck
Show More
Dad charged and fired from job after racist tirade posted on TikTok
Bad Bunny announces stadium tour stop at Minute Maid Park
Here are your headliners set to perform for the BBQ Contest at NRG
5 tax changes that can boost your refund this year
Getting paid on Venmo or Cash App? New tax rule might apply to you
More TOP STORIES News