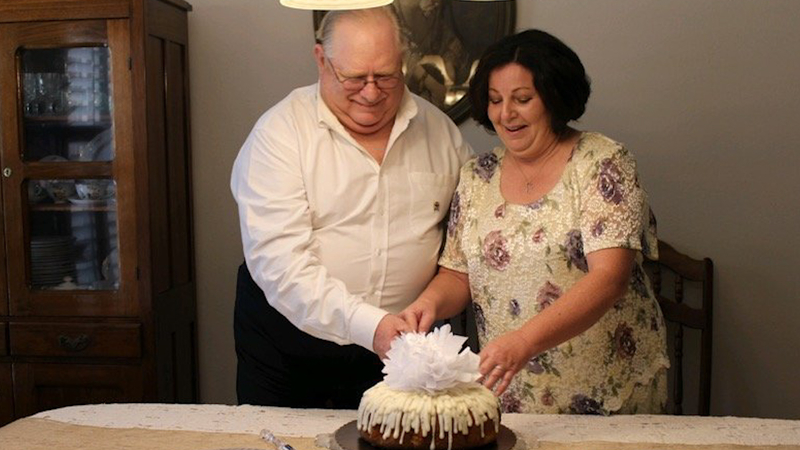 Family pleads for answers after man killed in hit-and-run

CROSBY, Texas (KTRK) -- The Harris County Sheriff's Office is searching for the driver responsible for hitting and killing Larry Schatz on Saturday.

Family and friends of Larry are pleading for any information leading to the arrest of the driver.

Investigators say Larry was killed while he was driving home from work on Highway 90.

Deputies say the driver lost control, drove into a ditch and came back on the road before hitting Larry from behind, causing him to hit a tree.

"He was a good man. He was trying to get home from work. He was about to go on vacation in three days," Larry's stepdaughter Hannah Shoemaker said.

Deputies are searching for a driver in a 2007-2013 Chevrolet pickup truck with damage to the left panel.

"Our hearts have been ripped open. This man did not stop to help and see if he was conscious. If he had any of the qualities my husband had, he would turn himself in," Larry's wife Mary Schatz said.

Have you seen a truck like this? HCSO say it's the suspect vehicle in a hit and run crash that killed Larry Schatz on U.S. 90 near the Harris/Liberty Co. line, Saturday. Deputies say there's damage to the left front quarter panel. Call HCSO if you know something @abc13houston pic.twitter.com/vJ60bYmUKl

Larry's family tells ABC13 he was about to retire and move to a new home in Hill Country.

"He wanted a piece of God's country. He literally found God's country when he left and went up to God," Mary said.

The family is now pleading for whoever did this to turn themselves in.

"The person that did this, the good Lord willing, we will find him. If not, he's going to answer for it one day," Cody said.

If you have any information about the driver's identity, you're asked to call Crime Stoppers at 1-800-252-TIPS (8477) or submit a tip online.