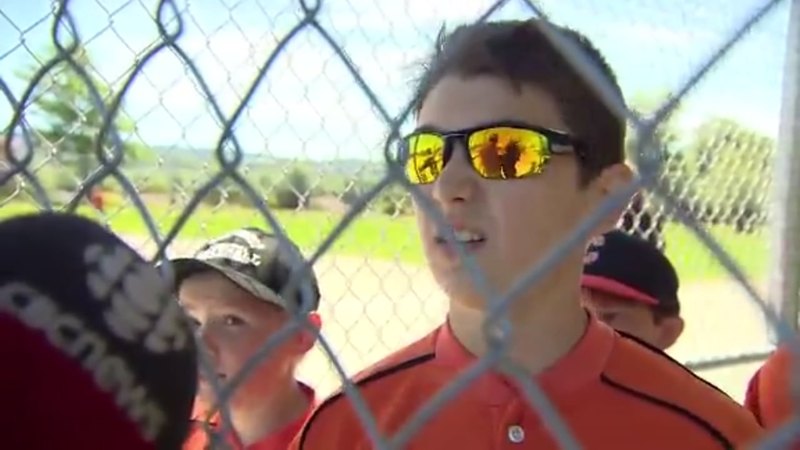 A controversy was stirred after a youth softball team was banned from competing in a tournament because of the two girls on the all-boys league.

In Canada, girls under 12 years of age who want to play softball in parts of Canada are out of luck, as there is no girls' league for that age group.

When organizers of the softball tournament gave the Fighting Squirrels the ultimatum of dropping the girls from the team or not play, the team decided to stick together.

Now, a lot of players, fans, and coaches participating in the tournament say they'd have no problem if girls were allowed.

Softball coach Sean Ryan said they should have the opportunity to play side by side.

"You know, if they've got the skill level to be here and they have the interest even more so to be here, and they want to get a chance to develop them as players," Ryan told CTV Network.

"I don't think that we're any better than them and they're no better than us. I think they should be able to play with us," said softball player Kirk Noel.