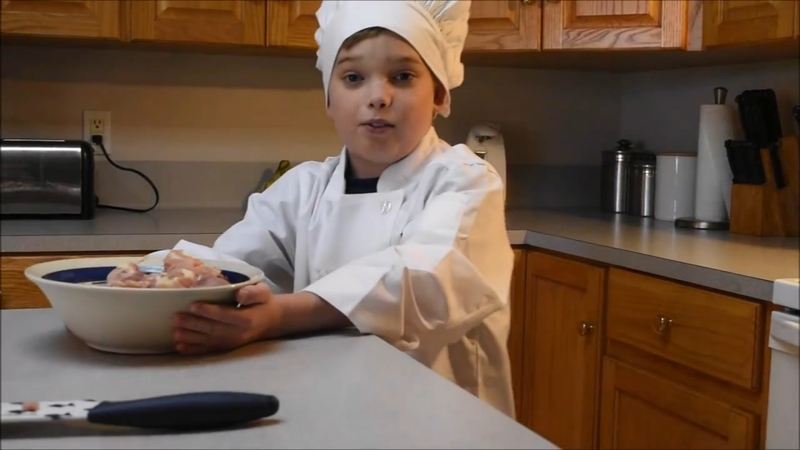 HOUSTON, Texas (KTRK) -- Hunter Henry is a rock star among patients and staff at Texas Children's Hospital. At age 14, he's on the patients' advisory board, and he's creating new recipes for young patients on restricted diets.

Hunter is a patient himself.

"It's kinda complicated, but I was born without one side of my heart working," he said, wearing his chef jacket that reads "Uncle Hunter."

That's the name he uses in his YouTube videos, and in one posted by TCH, showing him in the kitchen with hospital chef Lyle Bolyard.

"He gave me some of his gumbo, and it was incredibly good," Bolyard said. "The best I've ever had."

Bolyard is a classically trained French chef himself, who's in charge of the menu at the hospital.

"I'm on a low sodium diet," Hunter explained, "Because I'm on a heart transplant waiting list."

He underwent surgeries shortly after his birth. Hunter was placed on the transplant waiting list in January.

He and his family have temporarily relocated from Lafayette, Louisiana and live in an efficiency apartment in the Texas Medical Center, awaiting the call that means a replacement heart has been found.

"What I do is substitute salt for more flavor like herbs, vegetables and all kinds of seasoning. Oh, and also spice. Lots of spice at times," he said.

TCH produced a YouTube video that shows Hunter in the kitchen with Chef Bolyard in a cooking demonstration.

Laura Henry said her son does most of the cooking.

"Today, he made minestrone soup from scratch," she said. Because of his heart condition, Hunter sometimes has to take a break from chopping vegetables, because of fatigue, but returns to the kitchen after a break.

"He was born with a palate," she said. Robert Henry does a lot of cooking himself, but said his son has surpassed him.

"As talented as he is, he works really hard at it. He does a lot of research and tries stuff."

Today, the family went to an Asian grocery store so Hunter could discover new spices.

There's already a plan for a restaurant that he wants to open in his hometown of Youngsville, Louisiana.

"I have a name for my restaurant," he said with a big smile. "Uncle Hunter's Baddies. The food is so good, it's bad to the bone. So good, it's bad. Get it?"

He's also creating more recipes while he awaits his transplant, and the family is now looking for a publisher.

"I'd like to see it in the hospital gift store, and at a discount for patients," he said.

It will include his recipe for low sodium but flavorful beef enchiladas. So good, he said he has to hide it from his nephew who would eat it all.

You can see Hunter on his YouTube videos. Just search for "Uncle Hunter."