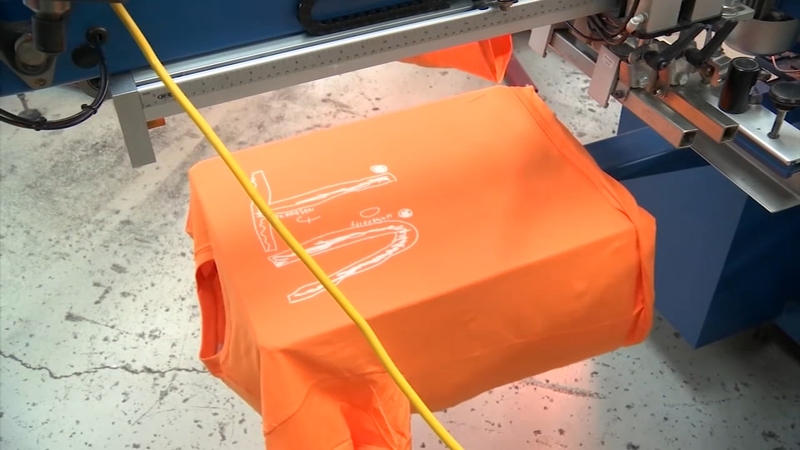 A young boy whose homemade University of Tennessee T-shirt went viral has been offered a four-year scholarship to the school.

"In recognition of the fourth-grader's Volunteer spirit, the university has extended an offer of admission for him to join the Class of 2032," the university announced in a press release on Thursday. "In addition, he has been awarded a four-year scholarship covering his tuition and fees beginning fall 2028 should he decide to attend UT and meet admission requirements."

The university also said that officials have spoken with the boy's mother several times and that she "has expressed gratitude to the university and said the family has been deeply touched by the overwhelming outpouring from people around the world."

The fourth grader's story that inspired the design of an official school T-shirt garnered national attention on Saturday went viral and prompted a positive discussion around anti-bullying.

The high demand for the shirt crashed the school's website

The unnamed Altamonte Springs, Florida, boy was bullied at lunch for wearing a homemade "U.T." shirt during college colors week. His teacher, Laura Snyder, shared his story on Facebook and word quickly spread to the university.

The university credited its alumni, fans and "honorary Volunteers" who stepped up in response to the young boy's story.

"More than 50,000 shirts featuring the boy's design have been pre-sold by the VolShop," the school said. "All proceeds from the sale of the shirts will go directly to the charity Stomp Out Bullying. The university will cover the cost of the scholarship separately. Orders will begin shipping later this month."

University of Tennessee chancellor, Donde Plowman, tweeted the news when the official campus store sold out of more than 16,000 T-shirts.

Demand for the inspiring hand-drawn shirt was so high that the school's website even crashed.

Ross Ellis, founder and CEO of STOMP Out Bullying, told ABC News that while she's happy this will raise awareness of the issue of bullying, she's most happy for the child.

"This little boy is getting his justice, and I'm so thrilled for him," Ellis said. "You just can't pick on a kid and think this is OK. For him to get his justice, is just like winning a peace prize, because no one is going to bully him anymore."
Report a correction or typo
Related topics:
societytennesseescholarshipbullyingcollegeu.s. & worldstudents
Copyright © 2021 ABC News Internet Ventures.
TOP STORIES
Splashtown season pass holders seek refunds to no avail
Fauci warns 'things are going to get worse' with COVID
Innocent woman and wrong-way driver killed, 2 hurt in I-45 crash
Homeowners in Missouri City vote to replace controversial street name
Woman shoots boyfriend to death after domestic assault, deputies say
Woman killed in North Houston hit-and-run crash
24K gold tequila bottle sells for $300
Show More
Weak cool front brings in scattered storms Monday
Siblings use AAU Junior Olympics as prep for the real deal
1 shot after argument at club in N. Harris County, HPD said
Pearland PD vehicle involved in crash while responding to call
Innocent driver killed in Southwest Freeway crash with DWI suspect
More TOP STORIES News