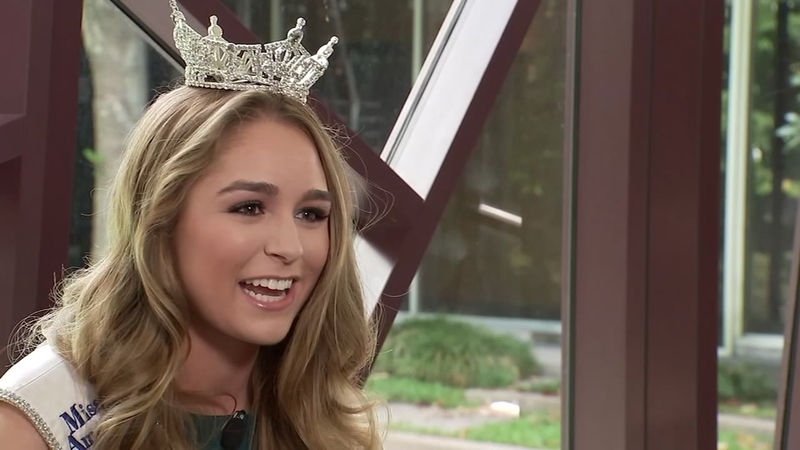 HOUSTON (KTRK) -- It's her undeniable beauty and her crown as Miss Texas that led to Houston native Margana Wood taking the stage for the coveted Miss America competition.

"It was a huge dream of mine," Wood said.

But it was her answer to a question about President Trump's response to white supremacist violence in Charlottesville, Virginia, and whether there were "very fine people on both sides" that may have cost her the crown.

Amid cheers, she said, "I think President Donald Trump should have made a statement earlier, addressing the fact and making sure all Americans feel safe in this country. That is the number one issue right now."

Social media was set ablaze by the comments, with people taking multiple sides.

"So many people thought that I was hateful, but I was passionate," Wood said. "Definitely wasn't angry, and I absolutely respect the office of the president. He has a very hard job, I get that completely. But I also think he should have made a statement about it sooner."

Margana was one of the top five, but some feel the answer cost her the title.

The reigning Miss Texas wants to clear up any misconceptions.

"The ones that were saying I was criticizing the president, certainly not," Wood said. "But also the ones making me out to be a heroine and anti-Trump, that's certainly not the case either."

She says her focus is on her mission as Miss Texas: spreading kindness and preventing bullying.

"Teaching lessons of respect, inclusion, and seeing our differences as strengths rather than dividing forces," she said.