KTRK
By Nick Natario
GALVESTON, Texas (KTRK) -- An open beach has helped Galveston's economy, but after closing for the holiday, some visitors worry it could happen again.

With feel-like temperatures north of 100, some people turned to Galveston's beaches to beat the heat Wednesday.

"I think they should just be open," visitor Allen Owens said. "It gives people the chance to come out here and enjoy themselves."

The beaches were closed for the holiday weekend, but city leaders said that won't be the case this weekend.

"I don't think we can coop ourselves up all the time and be afraid to do the things that are good for us," Galveston resident Michael Ricarte said.

They have no plans to close beaches in the future, but things could change if the coronavirus situation continues to get worse.

Instead of closing beaches, the city is placing some restrictions this weekend.

A small section of the north side of the seawall from 25th to 37th street will be closed.

Despite rising coronavirus cases, tourism has picked up this summer.

Bennie Blackwell traveled from Ohio to Houston, and brought his family to Galveston.

"Man, look at it. It's the beach," Blackwell said. "It's the sun. It's not that far from Houston. It gives the kids enough time to burn their legs and release energy."

The beach reopening in May has had a big impact on the island's economy.

Instead, an open beach has brought people to the island.

"We finished out the month with about 63 percent occupancy, compared to last year we were at 79 percent," Galveston Island's chief tourism officer Michael Woody explained.

Tourism leaders thought it would take the island three years to recover from the pandemic, but now they said it may not be that long.

"I'm not so sure it'll take that long, but there are still so many unknowns," Woody said. 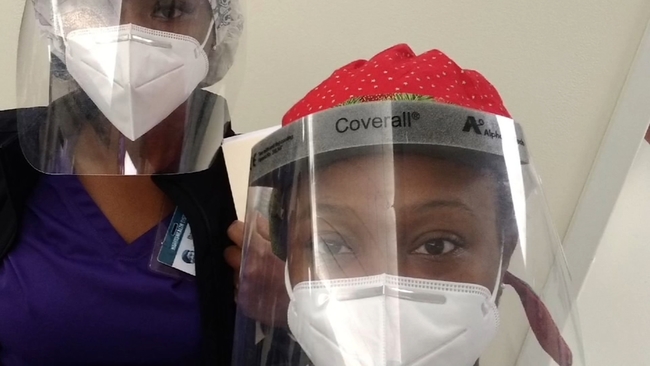