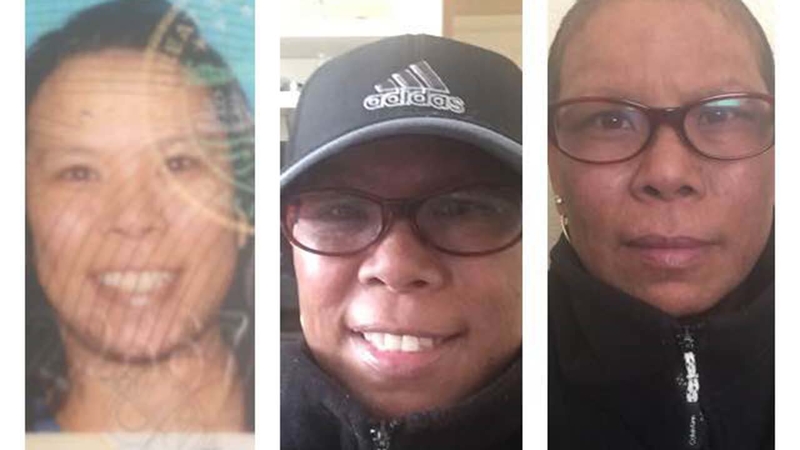 SACRAMENTO, CA (KTRK) -- Battling breast cancer since March has taken an emotional toll on Leah Cook, especially after rounds of radiation caused her to lose her hair.

"It makes me feel a little bit low self-esteem," Cook said to KCRA.

Putting on a wig has become a normal routine, until Thursday.

"Today, I took the courage to step out and not wear a wig," Cook said. "And, I really got my feelings hurt."

She came to the car rental terminal at Sacramento International Airport with her driver's license, business credit card and Alamo rental car reservation in hand. Cook then handed it all over to the service member.

Cook said he then called over a manager -- who also didn't believe her. She then got her daughter Britney Johnson on the phone, who was headed down to San Diego.

"I tried to stay strong about it and fight the tears back, but I couldn't," Cook said.

"For me, to hear my mom cry, it just made me feel really hurt," Johnson said.

"What happens after this is what matters most, so we'll see what happens," Stevie Johnson later said in an interview with KCRA.

Alamo's parent company, Enterprise, also responded to Stevie Johnson's tweet, saying, "Thanks, Stevie. We are looking into this as I write."

.@enterprisecares please do. Your @Alamo rep berated my mother in law, a cancer survivor. Disgusting.

A company spokesperson sent a statement to KCRA 3 a day after the incident, in which they said their employee "was not sensitive to the customer and mishandled the situation." They added that once the manager was called up, the issue was resolved and authorized Cook a free upgrade.

An area manager then called and "apologized profusely again" and offered the make the weekly rental free," the company officials said.

"We understand that great sensitivity is required in situations like these, and we certainly appreciate that the customer was willing to share her story and teach all of us how to better handle such interactions," the spokesperson said.

As for Cook, she drove away feeling stripped of her dignity.

"It's just like punch in the stomach," Cook said. "I wanted my voice to be heard because, I mean, this may happen to someone else."

Cook also posted her story on Facebook, saying in part:

"I've never been more humiliated in my life! In the moment, I felt like he stripped me of everything I've gone thru to beat cancer and made me feel so small."

Her post gained more than 150 comments within eight hours, with many people expressing their anger and applauding her strength.

"Broke my heart. YOU ARE A WARRIOR," one person wrote.