KTRK
HOUSTON, Texas (KTRK) -- The friendly skies over Houston were even more impressive with the arrival of the Navy's precision flight demonstration squadron. 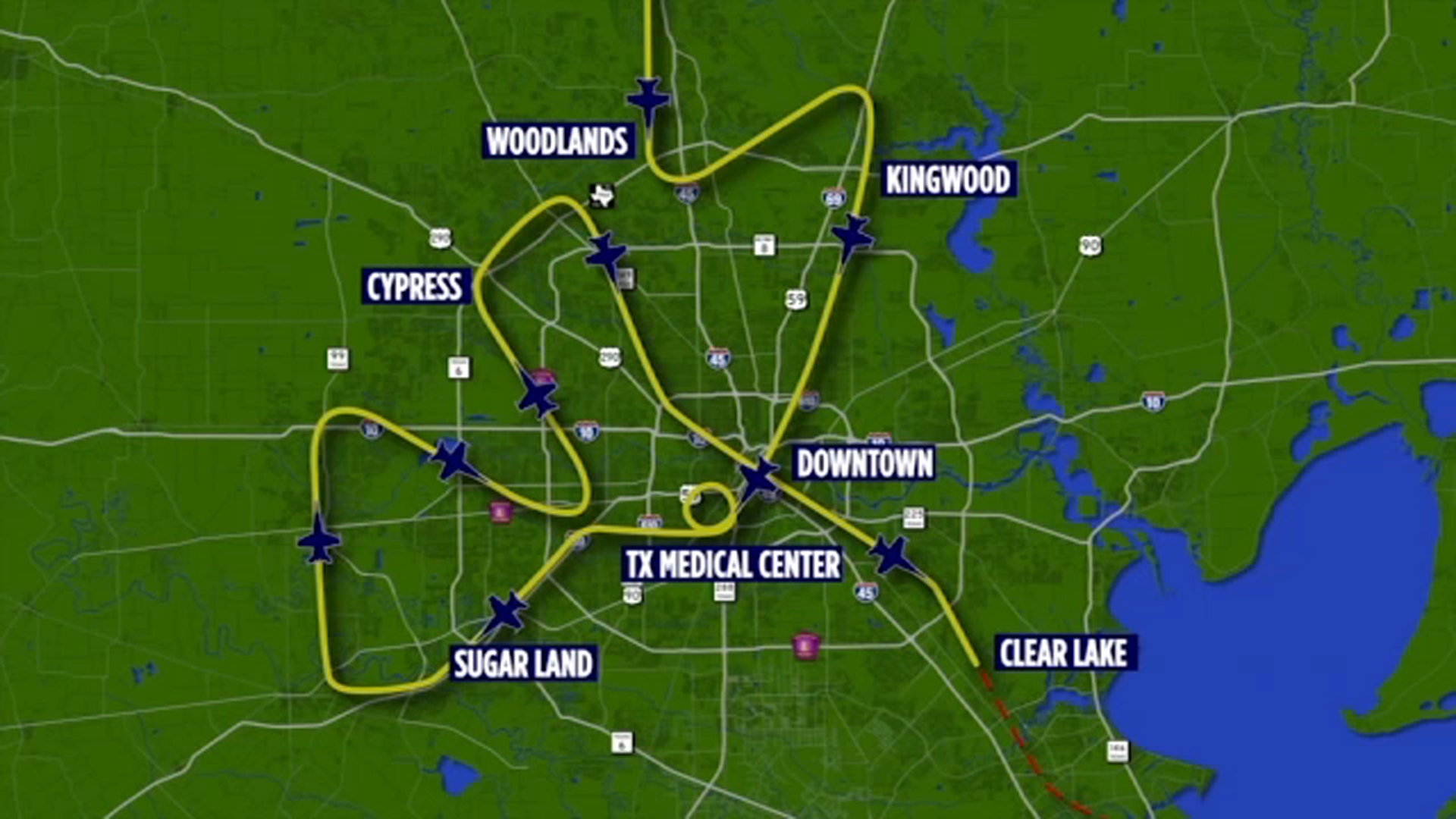 The flyover route proceeded over the city of Houston, parts of Sugar Land, Katy, and Harris County and took the fleet toward Galveston County before heading out over the Gulf of Mexico.
EMBED More News Videos

What a show! Here's how folks - residents and members of the ABC13 team - saw the Blue Angels fly over Houston.

The fly over was even more special for some Houston-area residents, as a Kingwood native is one of the pilots.

Major Frank Zastoupil is in his first season flying with the Blue Angels. He's also the first F-35 pilot to do so.

When the Blue Angels fly over Houston to salute those on the front lines battling coronavirus, one of the pilots will be Major Frank Zastoupil from Kingwood.

The flyover was a show of support for health care workers, first responders, and other essential personnel on the frontlines of the COVID-19 pandemic.

Last week, the Blue Angels joined the Air Force Thunderbirds in a flyover of the Philadelphia and New York City regions.

The Blue Angels and Thunderbirds fly over Center City Philadelphia on April 28, 2020.

"We are incredibly honored to have the opportunity to salute those working on the frontline of the COVID-19 response, we are in awe of your strength and resilience," said Navy Cmdr. Brian Kesselring, U.S. Navy Blue Angels commanding officer and flight leader. "Thank you to all of those in essential industries keeping our nation moving forward. We will get through this. We are all in this together."
The Blue Angels also flew over Dallas/Fort Worth on Wednesday.

Later in the week, you'll be able to see another fabulous fleet.


The Lone Star Flight Museum plans to fly nearly 30 rare and historic aircraft across the area to commemorate the end of World War II, according to a statement on the museum's website. That event will happen Friday.