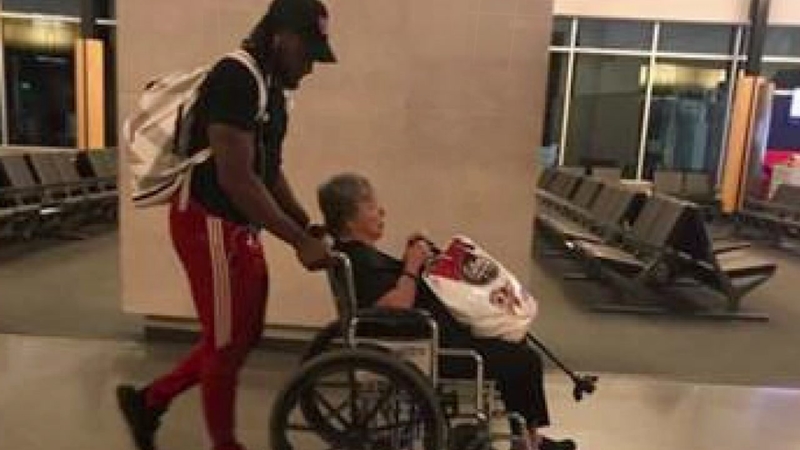 A photo liked more than 19,000 times on Twitter shows running back Aaron Jones pushing a woman in a wheelchair through the airport.

It turns out the woman was sitting across the aisle from Jones on a flight from Chicago to Wisconsin.

He was heading back to Wisconsin from his hometown of El Paso where he spent the Memorial Day Weekend when this happened.

Jones told ESPN he fell asleep on the flight and when he woke up, he saw the woman struggling with her cane and bags.

Jones says he helped her off the plane, and the flight attendant told them there would be someone there to help her with her wheelchair.

That's when Jones asked if she wanted him to push her. She agreed, and he took the woman to greet her daughter.

Jones says he had no idea that anyone had snapped a photo of the moment and that it had already gained traction.

Packers coach Mike McCarthy talked to ESPN about Jones' random act of kindness saying, in part, "I'll just say about Aaron Jones and our players: I look at that as I'm thankful that everybody else is getting to see what I get to see pretty much every day."