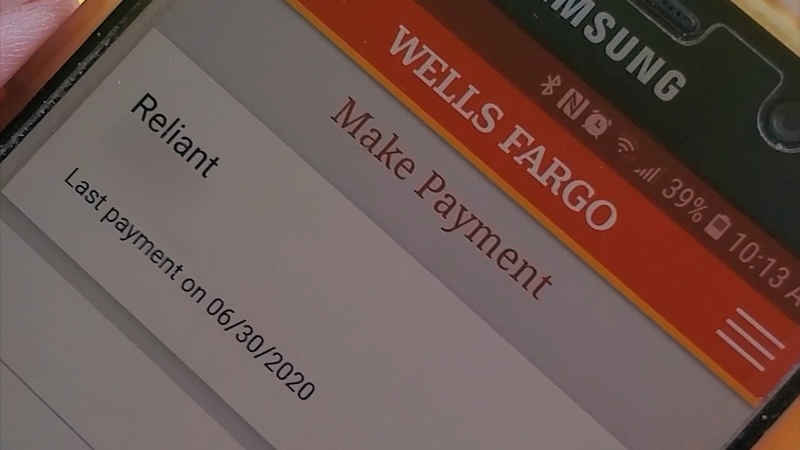 Turn to Ted helps woman get her money back after overpaying

SPRING, Texas (KTRK) -- When she logged on to pay her bills earlier this year, Nancy White said she hates to admit that she made a $1,000 mistake.

"I paid my May electric bill and my hands shake so I hit the two at the end twice, which moved the decimal point over a place," White told ABC13's Ted Oberg.

White, who lives in Spring, said the company called her two days later to let her know she overpaid and would be refunded, but actually getting the money back wasn't easy.

She said the electric company ended up getting her bank involved, asking for proof that she overpaid. Her bank sent over a statement showing she overpaid, and the company gave her confirmation they received it.

The weeks kept passing and she still didn't have a refund, she decided to 'Turn to Ted.' We asked the company about the error in July and Reliant issued a refund within days.

"A friend of mine suggested that I call a TV station and so I did, thankfully, and it was wonderful," White said. "Within three days I got a check."

"We found the problem. Her refund was processed and sent back to her through the ACH Clearing House, Check Free, but it was never credited to her account. We stopped payment on that transaction and will have a check for her just as soon as possible. We've talked to her to apologize for the delay. I realize that this started as a mistake on her end, but we certainly should have gotten to the bottom of this sooner. Thanks for bringing it to our attention and giving us the opportunity to solve the problem," the company said in a statement.

Now whenever she pays her bills, White said she's going to look twice before she hits submit and encourages others to do the same.

Have a tip for Ted Oberg? A problem to solve? Get in touch with us on our tip page, or send a tip below. (On mobile? You can open our form by tapping here.)
Related topics:
societyspringenergysocietyturn to ted
Copyright © 2021 KTRK-TV. All Rights Reserved.
TURN TO TED
Mail service restored after 5 months when couple Turns to Ted
Couple Turns to Ted after hotel cancels trip over pet policy
Man Turns to Ted after getting $102,000 surgery bill
Houston firefighters' win in court could mean millions in back pay
TOP STORIES
EMT inside hijacked Houston FD ambulance hailed as a hero
1 dead, 5 hurt in shooting at N. Houston bar
'Do your job': Murder victim's brother waiting for trial tells courts
SW Houston couple robbed in broad daylight by armed man
Pattern change this weekend brings less rain, more dust and heat
Driver may have been street racing before crash with innocent family
Texas and Oklahoma could move to SEC in weeks, sources say
Show More
Opal Lee, grandmother of Juneteenth, honored in Texas Senate
You'll want to avoid these Houston traffic hotspots this weekend
'Indians' no more: Cleveland finds new name for baseball team
More than 8K unvaccinated Texans have died from COVID since February
Texas begins jailing border crossers on trespassing charges
More TOP STORIES News