Seeing a smoke cloud south of Houston? Here's what we know 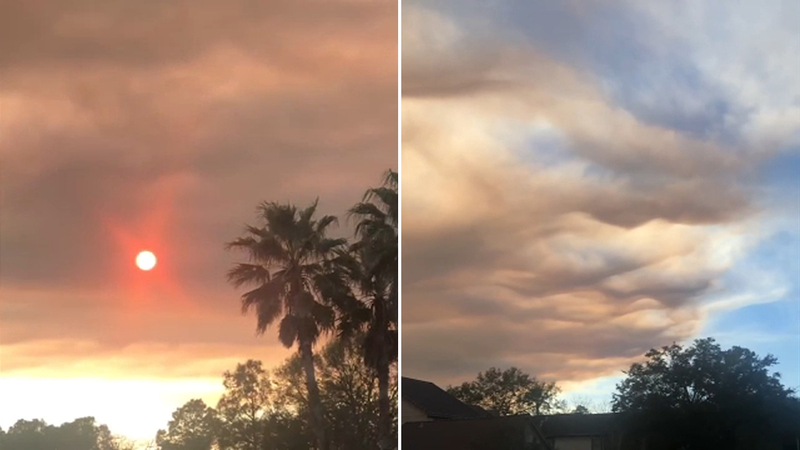 JEFFERSON COUNTY, Texas (KTRK) -- Have you seen a large cloud of smoke south of Houston on Wednesday?

Have you seen the large cloud of smoke south of Houston? Based on satellite it appears to be coming from or near the McFaddin National Wildlife Refuge in Jefferson County. We are awaiting confirmation on the source. 📷: Kelli Ramirez, Fuqua Park and Ride off the Gulf Freeway. pic.twitter.com/PAenMqyy1q

If you're in southern Harris, Chambers, Galveston or Brazoria counties, the answer is probably yes.

According to the National Weather Service, it's coming from a prescribed burn in Jefferson County near the coast, close to Sea Rim State Park.

If you're in Southern Harris, Chambers, Galveston, or Brazoria counties tonight, you might be seeing a smoke cloud in the sky above you. This is coming from a prescribed burn in Jefferson County. Here you can see the smoke observed by the GOES East satellite. #houwx #txwx pic.twitter.com/ZGdk43j0nP

It's unclear how long the burn will last. Several ABC13 viewers sent in photos of the cloud of smoke, which could be seen in areas such as La Porte, Clear Lake and League City.

The last full moon of the decade will appear full on Dec. 12 at 12:12 a.m. ET, according to AccuWeather.