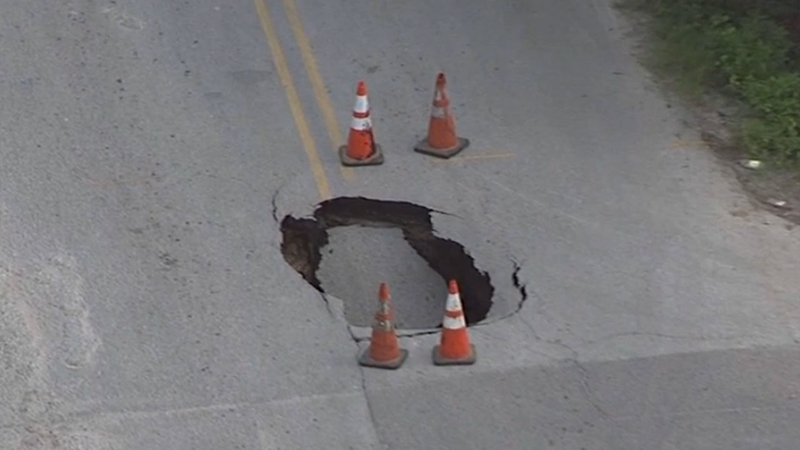 HOUSTON (KTRK) -- Officials have blocked off two sinkholes that have opened up on a roadway in southeast Houston.

Both sinkholes are located on Allison near the Cottingham intersection.

SkyEye HD aerials show one giant sinkhole surrounded by road blockades and covered up by large steel road plates. A second one was surrounded by traffic cones.

Alvin Wright with the City of Houston Public Works Department says they're aware, though, not certain yet what may have caused these two portions of the roadway to cave in. He says it could be because of the recent flooding, or it could be related to an underground water/sewage-line leak.

Once crews pinpoint the problem, usually a contracted engineering company is called in to make repairs, which could take a few weeks to complete, Wright said.

Wright says anyone who spots any roadway hazards should call 3-1-1 to report it.