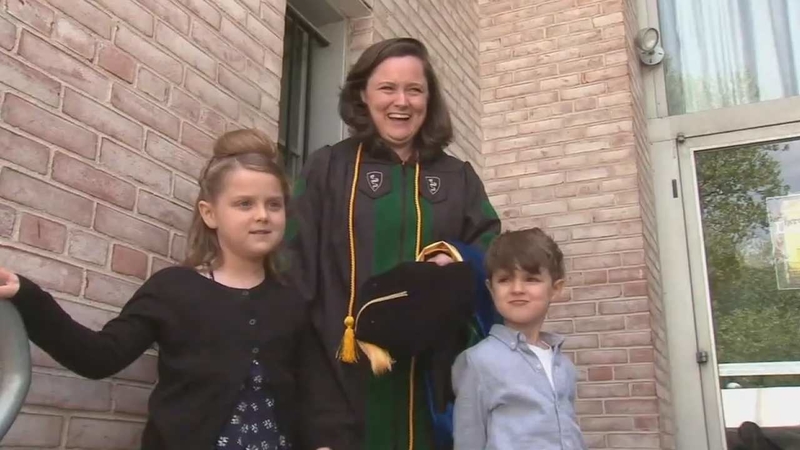 HEMPSTEAD, Long Island -- Many would argue that being a single mother deserves an award in itself.

Patricia Driscoll is adding doctor to her list of achievements.

"I think I just took it each day and said, 'I want to make sure I do the right thing for the kids and try to become the best doctor I can,' and if I did that, I felt like it was a good day," Driscoll said.

Driscoll's 6-year-old daughter and 4-year-old son have only known their mother as a student.

She switched from a career in computer science research to medicine eight years ago.

"They do say, 'Why are you so tired sometimes?' It's sort of part of me to them," Dr. Driscoll said.

Monday, Driscoll, accompanied by her children, graduated with 76 students from the Hofstra-Northwell School of Medicine.

When Driscoll started school there, her youngest was still in diapers. So her classmates became like an extended family to her kids.

"Her class has almost bonded around kind of helping to raise them together," said Ellen Pearlman, Hofstra-Northwell School of Medicine. "You can tell she's really grateful for that and that they have such really neat connections with everyone in the class."

Driscoll's daughter couldn't be any prouder of her mom.

"I'm very excited that she's going to be a doctor," she said.

"Why are you excited about that?" Eyewitness News asked.