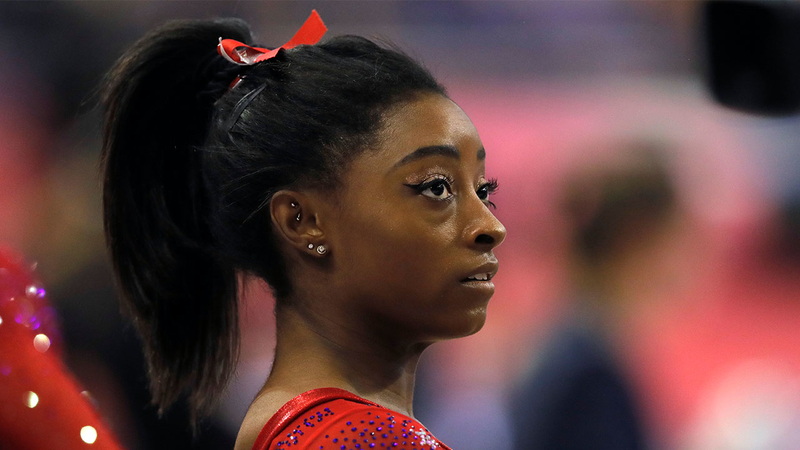 Olympic gold medalist Simone Biles revealed for the first time publicly that she is taking medicine to treat anxiety after revealing she was sexually abused by disgraced sports doctor Larry Nassar.

"I'm on anxiety medicine now because I had a lot of ups and downs throughout the year and trying to figure out what was wrong," Biles said Tuesday on Good Morning America. "I go to therapy pretty regularly."

"It's not easy but the people surrounding me are some of the best so it makes it a little easier," she added.

RELATED: Simone Biles presented with key to the city of Houston

It's been nearly one year after Biles spoke out about Nassar and the gymnast said it is still "not easy."

Biles spoke out on "GMA" after it was announced that she would grace the cover of ESPN The Magazine's blockbuster year-end issue.

Biles said she is looking back at 2018 as the year in which she found her voice.

"There were a lot of points in this year that made me who I am today and I feel stronger," she said. "I feel like this year gave me a voice and I tried to find my voice this year and use that to the better potential and positive manner."
Report a correction or typo
Related topics:
sportsgymnasticsu.s. & worldsimone biles
Copyright © 2022 ABC News Internet Ventures.
TOP STORIES
3 officers shot near downtown Houston, police say
Man arrested in corporal's murder is 25-year fugitive, officials say
Deputies escort body of fallen HCSO Sgt. to funeral home
Another cold front passes through tonight
Biden confirms he will nominate first Black woman to SCOTUS
Toddler credited with saving family of 7 from devastating house fire
K9 stabbing suspect accused of killing father with dumbbell
Show More
Amy Schneider's 'Jeopardy!' accomplishments reach past podium
Armed driver was trying to rob another driver on Katy Fwy, police say
These jobs are hiring, and they pay more than $14 an hour
No bond granted for suspect in Pct. 5 corporal ambush killing
Bodycam video released in crash that killed 75-year-old
More TOP STORIES News