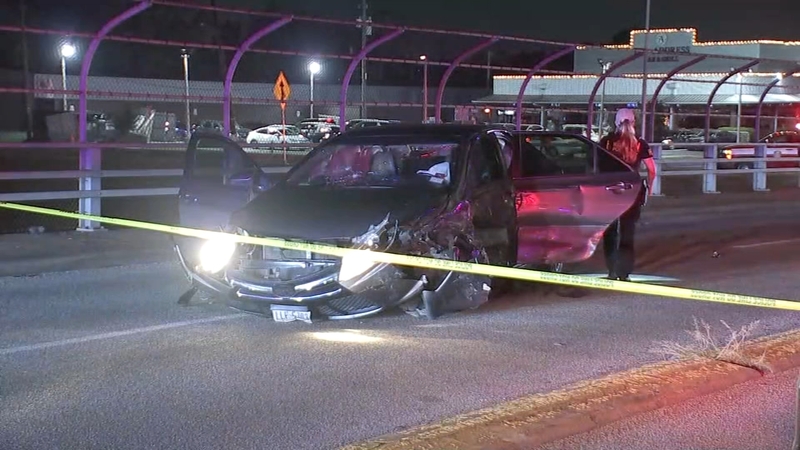 HOUSTON, Texas (KTRK) -- An innocent family of five was hit by two suspects believed to have been in a shootout on Houston's south side late Thursday night.

It happened at about 11:50 p.m. along the South Freeway near Old Spanish Trail.

Police say a black Chevy carrying a husband, wife and their three kids was making a legal left turn when two suspects inside a silver Toyota ran the red light and crashed into the family's vehicle.

The family was transported to the hospital with non-life-threatening injuries.

Houston police believe that prior to the crash, the two men in the Toyota were involved in a shootout with another vehicle in front of an Exxon about a block and a half away.

Authorities found a gun inside the Toyota, which had several bullet holes.

Investigators say no one was shot.