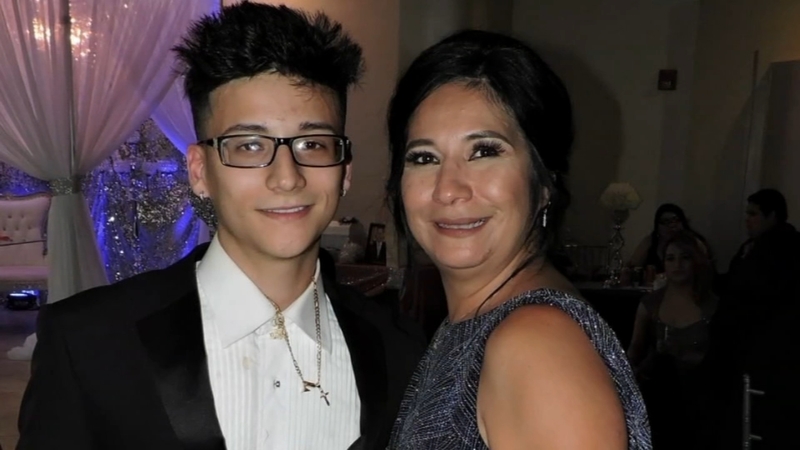 HOUSTON, Texas (KTRK) -- Family members of 19-year-old Juan Carlos Jimenez have been grieving the loss of their baby brother for several days now. He was shot and killed Thursday night in front of their mother's home in southeast Houston.

"He was very much loved, spoiled by all of his siblings," said his sister, Jovanna Jimenez.

Juan's body was found just under the bathroom window. His family said he was with two friends and his girlfriend in the home, when a shooter in a black hoodie surprised them by the back door and shot into the home.

His family says everyone scattered and they believe their brother tried to escape with his girlfriend by climbing through the bathroom window.

"(The shooter) must have been pulling out of the driveway and saw him coming out the window," Jovanna said.

The girlfriend told the family she heard three shots, then saw the getaway vehicle.

"(This was) 100 percent unexpected. Nothing we had prepared for," said Jovanna. "No mother should bury their child."

The family believes Juan may have known the shooter. They know someone out there knows why he was shot.

"If anybody knows anything, come forward. Just be honest, tell the truth," she said.

The family has created a GoFundMe to pay for burial services, if the public would like to help.

If you know anything, call the Houston Police Department.